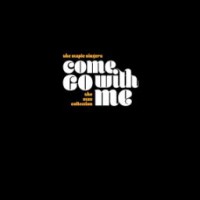 THE LEGENDARY gospel-into-R&B group The Staple Singers are featured on a lavish seven vinyl box set, released through Craft Recordings, 'Come Go With Me: The Stax Collection'.. The albums 'Soul Folk In Action'; 'We'll Get Over'; 'The Staple Swingers'; 'Be Attitude: Respect Yourself' (which Mojo Magazine described recently as "a five-star classic"); 'Be What You Are'; 'City In The Sky'; and a seventh album collecting rarities and B-sides make up the package.