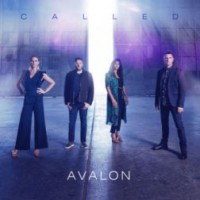 VETERAN vocal group Avalon, who in the late '90s/early 2000s had a number of Cross Rhythms radio hits, have released their first full-length album in 10 years. 'Called' is the inaugural release on Red Street Records and is produced by Don Koch and Jay DeMarcus. DeMarcus, a member of country super-group Rascal Flatts, founded the label with Koch in October 2018. Said Koch, "I've worked with many vocal groups before, but working with Avalon has been a bucket list item for me. They are not only some of the greatest vocalists in Christian music but they also have an amazing desire to point people to the hope of a loving saviour. I am humbled that they would allow me to be a part of their amazing next step. Great music from a great artist...what else could you want!?"

For more on Avalon visit the Avalon artist profile