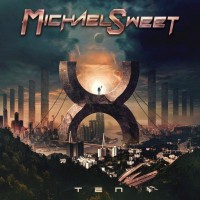 FRONTMAN for Platinum selling rock band Stryper, Michael Sweet, has released the album 'Ten' through Rat Pak Records. It is Michael's 10th solo release. Along with his new album he has released a video 'The Making Of Ten Part 2' which shows behind the scenes of the creation of the album. 'Ten' features guest appearances from Jeff Loomis of Arch Enemy, Todd La Torre of QueensrÃ¿che, Andy James, Tracii Guns of LA Guns, Rich Ward of Fozzy, Joel Hoekstra of Whitesnake, Gus G of Firewind and Howie Simon.