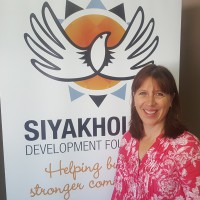 I remember reading a book called "Who moved my Cheese" by Dr Spencer Johnson many years back. At the time there was a lot of change in my life and it really helped me embrace the change and not let fear of the unknown stop or hinder the next phase in my life. I find myself again contemplating this book as we, this time as a family, are faced with some life-changing decisions. Our big chunk of cheese was moved and now we are faced with relocating our family. We have been discussing this move with our children and have discovered some amazing truths on this journey.

Firstly, making sure that what you see is a big chunk of new cheese - keeping the vision clear and knowing that the change you are making is the right one. Yes, times will get tough, change is tough, but keeping the faith, keeping focused on the goal and seeing the benefits and yes, the funny side, must be the focus. As part of seeing where to relocate to, our daughter applied for a scholarship to a few schools.

We had received a promise of God's provision and had determined that where that door opened would be a sign as to where God was leading. The one school seemed like an outside shot. Her entrance exam had not gone according to plan and the facilities of the sport she did was not as good as the other area where she had felt she had done well. Yet, despite her perceived failure, that was the place where she received the most amazing offer and she saw first-hand that God can open doors irrespective of our performance if that is where we need to be. We laughed at her initial tears when she thought she had messed up the opportunity and yet it was the door that opened.

Secondly, making sure that your family and those closest to you see the big chunk of new cheese - "without a vision My people perish". Your language and actions are critical in making this an exciting adventure, filled with faith and God's promises. My little boy came to us a few weeks ago and stated that he thinks God wants us to move. We were very surprised as he has been the one saying he does not want to move. We asked him why he would say that, and he reminded us of a story we told them that we needed a certain amount of money to fund some of the moving costs and miraculously that was provided (of course, the fact that there was a large toy shop he loved in that area also helped!). 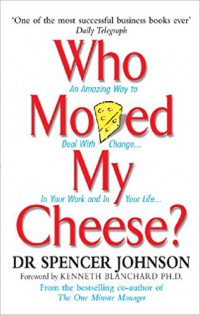 Thirdly, not many people will see that big chunk of new cheese - don't let those who have not yet seen it distract or discourage you. Share the vision, but know that you need to hang around those that see that new vision and will encourage you in the journey. My youngest daughter is six and very influenced by her elder siblings. When her brother got excited about certain aspects of the relocation, she was shrieking with delight at going. When she heard him moaning about not seeing his friends, she would let out a dramatic mournful wail. We had to remind ourselves and our children that we reflect what is around us, so make sure we have some good people around.

So, our relocation adventure is unfolding and with it a wonderful opportunity to learn, grow and stretch, and have some fun!

The opinions expressed in this article are not necessarily those held by Cross Rhythms. Any expressed views were accurate at the time of publishing but may or may not reflect the views of the individuals concerned at a later date.
About Dale Eland

Dale is currently the joint CEO of Siyakholwa Development Foundation, an award winning non-profit company based in the Eastern Cape of South Africa. Siyakholwa's mandate is to create jobs and alleviate poverty in communities around the country. Dale's background includes Finance; Education; and Executive Management in both business and non-profit sectors. She and her husband, Greg, also run a consulting company focussing on Organisational Leadership; Education and Training; Accounting and Administrational Services. They have three young children and, together, their passion is serving their family and seeing disadvantaged communities impacted and transformed.

View all articles by Dale Eland