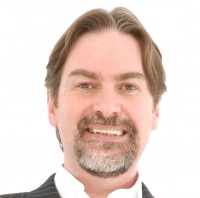 Last week marked the thirtieth anniversary of the launch of the public internet, in the form of the world wide web.

This is, of course, the mechanism through which most of us engage the internet. Marking the event, the web's creator, Sir Tim Berners-Lee, spoke about the dangers of an internet that's now driven more by corporate interests than by individual users.

He called for a re-think of our values and ethics when it comes to the web and the internet in general.

The timeliness of his statements was highlighted by the slow reaction of certain sites to the attack on worshippers in Christchurch, New Zealand.

Fifty people died in the attack and the alleged perpetrator live-streamed his shooting spree on social media. Reportedly, both the video and the killer's so-called "manifesto" - an attempt to justify his crimes - remained online for a while after the attacks.

Facebook claims to have scrubbed 1.5 million related videos worldwide within 24 hours, with 1.2 million being blocked at upload. The company says it is working "around the clock" to remove similar content using a combination of human operators and automated technology.

Yet experts say that the 17-minute video was easily retrievable several hours after the attack.

Facebook figures reveal that at least 300,000 videos were not blocked before being uploaded. How many times were these clips viewed or shared? Nobody knows.

In the US, 46 per cent of people get their news online at least three times per week and more than 50 percent have learned about breaking news from a social media site. In 2012, online news revenue in the US surpassed that of print news for the first time. In 2016, more than half of all American adults - 66 percent - took news from social media sites. Eighteen percent did so often, according to Pew Research. (That figure is undoubtedly higher among people aged under 30).

The new media clearly exercise great power. Yet some people continue to denounce all forms of censorship, on the basis of protecting civil liberties, particularly freedom of expression.

Few responsible people will argue that, generally speaking, regulation of public behaviour is a bad thing. Most of us agree that without regulation life in a free society would become untenable. Yet all regulation is a form of censorship. It's only because our rights are proscribed in law - or censored - that we have a free society at all.

Nobody realistically expects that mainstream media or press companies will always act in the interests of the common good, so governments are charged with making laws to ensure that they do. The same approach must be applied to new media or social media sites.

Governments need to do much more than issue denunciatory press statements when social media platform are seen to be working, even indirectly, against the public good. Governments need to provide strong incentives for them to reform, by way of punitive laws that have real teeth.