A pastor at Chicago's Jesus People USA and the frontman for the venerable Resurrection Band, Glenn Kaiser ponders the fruit of the '60s Jesus Movement. 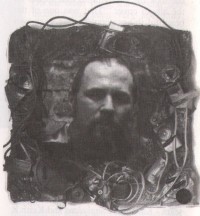 It was a very cold winter in Wisconsin. As 3am came and went, so did my old ways of thinking and living. That January 3rd proved a most incredible and wonderful day. I had finally surrendered to Truth Incarnate. Jesus Christ had come and died, had risen again, had spoken my name to the Father, had come by his Spirit to visit ME at 921 South 109th Street in West Allis, Wisconsin, USA, Western Hemisphere, Planet Earth!

The young yet long-time drug, sex and self-worshipper that had lived there simply died. And now my life was "hidden with Christ in God." (Col 3.3)

If this was a shock to me, my friends and family found it an even greater surprise. I know now that it was like that for many thousands of people who in those days also came to follow Jesus, eventually claiming the Church as their family. By the time most of those "Jesus People" or "Jesus Freaks" received the Gospel, a fair number in established traditional churches had already decided that this motley band of radicals couldn't possibly be genuinely converted!

The idea of such long-haired, spaced-out irresponsibles actually being "accepted into the beloved" was just too much. Many churches had ushers who had either been given instructions or simply on their own individual authority, refused to let any of "that sort" in the door on Sunday mornings.

To their surprise and in some cases dismay, those that held Sunday evening services found the Jesus People had come back trying to gain entrance again.

In every generation we see a repetition of something long known by thinking churchmen and women. God moves by his Spirit, powerfully and remarkably reaching the "dregs" of a society with the Good News of salvation through Jesus to "anyone who will"...and while many in long established fellowships welcome the new believers, others in the local churches either ignore them when they file in the door, or actively fight over the issue of inclusion.

I would argue that the Gospel of Christ is exclusive only in the sense that those who do not believe will not and cannot be a part of God's eternal family. I would also assert that it is fully inclusive in that God does not wish for any to perish, but for all to come to repentance. (2 Pet. 3.9)

We see in the gospels the on-going racism and prejudice of God's chosen people toward various gentiles. Jesus shows mercy and consideration to many such people, and his own followers don't "get it" either. Later in the book of Acts, the apostles seem to wrestle with the same issues until the Holy Spirit is clearly poured out upon gentile believers. Finally, the "establishment" realises that God's love is not bound - not by the culture, traditions, ignorance nor even hard-heartedness of his people. Yes, even as he clearly said in the Old Testament, the "stranger" must be welcomed by the people of God, for they themselves had been strangers.

These things are vividly stated by Paul in his letter to the Ephesians, but my concern is to remind the reader of his/her own time and place.

If you have ever experienced it, remember: call to mind what it felt like to be warmly accepted as well as clearly rejected by a group of people. Perhaps some can also recall the powerful embrace of the Father in those first moments of finally realising that Jesus had in fact paid a personal visit to their house. What a wonder, that God came down and in the entire wide world...called ME!

More than a few of us were amazed that God bothered with such outsiders as we had been all our lives. And now, actually CHERISHED us as his personal favourites. "For we ARE his MASTERPIECE." (Eph 2.10) His prized possession. Whew!

The night I prayed and received Jesus into my life as my personal Lord and Saviour I actually told him that he was making the worst exchange, the most ridiculous deal that anyone could make. I knew that he had distinctly told me that if I would give him my life, he would give me his. I literally told him in prayer, "You're getting ripped off! This is a lousy deal for you. I get YOU and you get ME!!!

The longer I live and study his Word, the more I realise that transaction was exactly what he had in mind.

But as it was with me, so it is with many strangers and outcasts who long to fellowship with other Christians around the risen Christ. Yet church history is sadly full of examples of folk who for whatever reason found it very difficult to extend the same grace and kindness to the newcomer that Jesus extended to them.