Stephen Bennett comments on the recent revelations of abuse by Harvey Weinstein and the need for a new Hollywood. 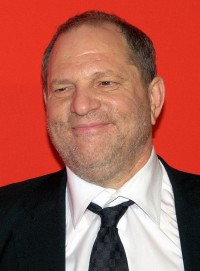 In our world, the darkness of fear, control, intimidation, manipulation, and sexual abuse, can have much light shed upon it in an instant, with the boldness of social media. Today that historically embedded murky world in Hollywood and the film industry is becoming a house of cards, falling rapidly, as woman and men, rise to herald a new day of freedom from suffering decades of abuse.

Many are now speaking out loudly, in an unprecedented cacophony of sound, throwing caution and fear to the wind, saying, "Enough is enough!" This will continue to accelerate, it won't stop, it will inspire many in other industries to come forth and tell the truth, as in the fashion world.

The terrible, dysfunctional, abusive control, of the likes of Harvey Weinstein, is unraveling not only his life, but causing a new momentum that will shed light on many others who have lived a life of abusing for so long; Harvey Weinstein is just the tip of a very deep iceberg. More industry abusers in film, television, music, fashion and across society, will come to light one by one, taken out suddenly, as good people rise up with emboldened courage, deciding to say something and putting hidden truth on the line for all to see.

Hollywood is being exposed, like the sexual abuses in the priesthood of the Catholic religion. An era of Hollywood abuse, is being undone - the ceiling of tolerance has been hit. A cultural shift is taking place, it seems all of sudden; but now is the timing for many people to be free of this. Why is this happening now?

Los Angeles - the City of Angels - has been gripped in hidden darkness and murky secrets for decades, with all manner of elitism, conspiracies, sexual controls, manipulation and corruption, but now the shadow of fears is all heading towards an end.

In the future, creative people can hopefully be free to pursue their careers, without stress, damage, and abusive fear stalking their lives.

The creative community overall needs this new encouragement, despite all that has happened in the past. Now people can be bolder, coming to the fore with more inspired creativity, truth, honesty, and integrity, which is by far a greater atmosphere to create in.

Many artists in film and television, will be desiring and desperately wanting this more and more, gravitating toward new paradigms and healthy boundaries of business in the art world.

It's inherent in the goodness of the creative hearts of men and women, that to be continually subject to the fears, manipulation and abuse now being revealed, has to stop and find its end. The old Hollywood ways of behind closed doors abuse and control, cannot be sustained in our instantly connected world of social media, where everyone can have a voice to expose it, and execute change.

The paradoxes of Hollywood with all its fame, glamour and glitz, is now in danger of drowning in the tsunami of its own hidden dark ways. However, it does have the potential to cleanse those ways and introduce a new era; one that treats artists with the honor and integrity they are meant to have.

It's time for artists, and others in all industries, to be treated with greater respect, so they can develop their careers and artistry into a healthy fullness, producing in a different atmosphere, not living and working under the constant gloom of fear and intimidation.

2017 will be remembered as the beginning of the unraveling, and undoing, of an historical abusive Hollywood paradigm that has gripped artists for way too long.

It is also a time for new inspired creativity and management. The art world needs to see there is another very powerful way to create and live; unencumbered from the fear, manipulations, and controls of dark ways and its behaviors. Artists are rising and having their voice heard, "Enough is enough! No more damage and abuse!" and it is resonating around the world.

More recently, new productions have been made that are pushing beyond political correctness, and voicing the pain of the voiceless. The brilliant 'Big Little Lies' is a case in point. Women have been abused for too long. It's time for it to end.

People will begin to refer to the need of a 'New Hollywood', this even in the last few days has been said publicly by one of the former members of the Pussycat Dolls. The world is needing and crying out for much more than just shallow entertainment. New stories will be told in the wonderful art and story-telling of film - without the cloud of dark compromise hovering over them. Artists free to truly express themselves in great new atmospheres of collaboration.

It is also important to recognize that the sad, dysfunctional people who abuse; can find redemption, healing, and a new life, if they can let go of the old. A theme embedded in many Hollywood movies; may that art become real life for many.

For those who have suffered, may you find peace and freedom from the burdens you have carried for so long, as you bravely move forward, determined to not let abuse define you, but continue being great creative artists. For some that is extremely hard, but all is not lost.

The art of film and television will always entertain us and move our hearts with great stories. May this current unraveling in the culture of the arts encourage many artists to create like we have never seen, as many come out of a dark cloud, finding new expression and freedom in an increasingly complex world.