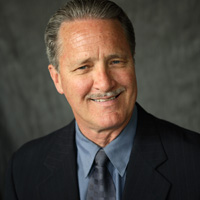 Jesus Christ changed women's lives infinitely more than Molly Yard, Margaret Sanger, Gloria Steinem, the "pill," women's-lib, and all the so-called "equal rights" legislation that ever will be passed. He never marched for equal rights; He simply died for them.

It amazes me (I'm obviously still naive) that both Christians and non-Christians alike fail to verbally appreciate or highlight Christ's accomplishments on behalf of women in a day and age which spends so much time analyzing women's rights and roles within the culture. Until Jesus came along, women were not just "second class citizens," they were virtually chattel in every culture. In spite of their God-given rights and the requirements to protect them, as spelled out in the Pentateuch, even the male Jews prayed and thanked God that "they were not born women."

Prior to Christ, to be a woman was, at best, a benevolent curse. Even Plato and the Greek culture, whose intellectual foundations are worshipped in the West, viewed women as inferior in every way. They were good only for procreation; their highest station in the culture outside of the home was to be a carefully attended mistress/prostitute who could, with intrigue, fascinate the probing intellects of the men who were her benefactors.

Christ amazed and scandalized the religious community, and even His disciples, by the unprecedented way He related to women. He openly engaged them in the "men's things" by discussing theology and world management issues. His most powerful teachings on the resurrection were delivered to Mary and Martha, and likewise, He first made known His own resurrection to His women followers. It was the women who financially bore the weight of Christ's ministry support and a woman, Mary, who elicited his first miracle. His teachings on divorce and remarriage literally rescued women from the capricious and arbitrary male practice of dismissing a wife because she didn't please her husband. Paul, following in Christ's footsteps, recognized the reality of the female prophetess, which was no small feat in first- century Jewish religious circles. In every way, the manner in which Jesus responded toward women as first-class human beings indicted both Jewish, Roman, and Greek culture's place and treatment of them.

What About An Open Debate?

I rhetorically ask the question, for I believe I really know the answer, "Why don't Christian women challenge Islamic women or Buddhist women or Shinto women to an open debate on women's roles in religion and life?" Why don't we challenge Hurley Gurley Brown, Gloria Steinham, and Molly Yard to openly discuss the debris from their movement, the growing army of middle-aged, single women who will never marry, and whose fears and frustrations cloud their faces on every street. Men cannot properly address these issues because both our chauvinistic history and perceived self-interest tend to disqualify us. Thank God for Jesus; He at least shows women the real possibility and example of a liberated and secure male in terms of how He relates to them.

Let the other so-called gods and prophets of the ages be openly shown for their true anti-women attitudes. Let Marx and his ideals of a society of shared women and polygamy sit down and shut-up. Christian women of the world unite: Jesus, the Standard-Bearer, has given you a ton of ammunition with which to light up the sky of debate. No, unlike Mohammed, who is known to have owned slaves and to have multiple wives, and Buddha, who allegedly deserted his wife and child to pursue enlightenment, Jesus stands alone, and that is the bottom line.

Reprinted by permission. This article is excerpted from Dennis Peacocke's book "The Emperor Has No Clothes" available at www.gostrategic.org

The opinions expressed in this article are not necessarily those held by Cross Rhythms. Any expressed views were accurate at the time of publishing but may or may not reflect the views of the individuals concerned at a later date.
About Dennis Peacocke

One of the most genuine and compelling communicators of our day, Dennis Peacocke has carried a concern for social justice for over 35 years. In his college days, this concern was expressed through his involvement in the civil rights and free speech movements. He graduated from Berkeley in political science at the height of the turbulent 60âs. Since his conversion in 1968, Dennis has gained international respect as a strategist and communicator due to his unique way of applying biblical solutions to the many challenging issues facing families, churches, business, and government. A former business owner, Dennis is the founder and president of Strategic Christian Services, a Christian leadership organization dedicated to demonstrating the relevance of Christianity to every area of contemporary life. He has authored three books: Winning the Battle for the Minds of Men, Doing Business Godâs Way, and The Emperor Has No Clothes: Commentaries by Dennis Peacocke. He has also recorded numerous audio and video presentations. Dennis and his wife Jan reside in Santa Rosa, California. They have three adult children and nine grandchildren.

View all articles by Dennis Peacocke

I discovered D. Peacocke more than 10 years ago i was in the DRC and had no means to do research on the Internet to get more of him. I promise myself i will do it one day. No one ever spoke and presented the Word of God with so much power of reality. He is a giant and a hero for the Kingdom which he preaches so well.I say man, you are simply truly annointed.
Love you very much

Dennis Peacocke...mentor and bullwark through most of the past 25 years of my life. We rarely talk but I definitely talk about you. It seems after all these years much of your inmpact is still rolling over me like the falls where I live. The last few months have been spent with a contingent of film-makers from Iran...even tonight for the fourth time this week we are having a dinner together. If you get this and can talk privately with me I would be immensely blessed. I have come up with a saying when your going through hell...don't stop... I am seeing the other side and I am feeling like a giant tuning fork that God hit with a mallet and I am beginning to understand the first hints of the sound that I'm hearing These producers and directors have serious capabilities and plans and I can't think of someone I would rather have help me sort this out than you. Long Time! Fred Schmoll

This is beautiful world view on women. It has helped me on my research work as a Biblical Student. Thanks!

I find it interesting that feminism in its truest form comes from Christianity. I don't like what feminism has become - the right to strip to make yourself feel better about yourself, watching strippers as 'liberation' etc. But feminism in its truest form comes directly from Christianity. It is down to Jesus' example that men and women in the 1700s and 1800s started campaigning to women to have the vote and to not be treated as property.
I disagree that men cannot play a role in liberating women. In Scotland two years ago, men were asked to wear a white ribbon to symbolise that they are against men being violent towards women, since 95% violent attacks against women are committed by men.
I am a social care worker and work with abused women, women who were sexually abused as children. And men who were sexually abused as children. People need to know that most men are safe. They need to be able to relate to men and form healthy relationships with healthy men. And to recognise which men to stay away from.
Men have a big part to play in the liberation of women - and other men. Society and the family of God cannot function without men playing their roles in rehabilitating hurt people and society.

I am hugely impressed by this and encouraged. I've not heard about Denis Peacocke before but I think I'll be researching his thoughts on business too!
I'll be very happy to see women released from tea making only in churches too.