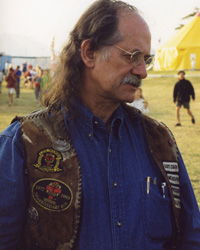 Ron Sider, a compassionate Mennonite activist and author, had a profound influence on many religious conservatives a couple of decades ago through his best selling book Rich Christians In An Age Of Hunger. It remains a classic challenge to the popular understanding about the causes of poverty and the responsibility of people of faith to halt upward mobility and be committed not merely to charity but to justice and compassion.

He quoted, from the 1903 Scofield Bible notes, a remarkable observation: "The present social order is the most abject failure the world has ever seen...governments have never learned how to legislate so as to distribute the fruits of the industry of their people. The countries of the earth produce enough to support all, and if the earnings of each were fairly distributed it would make all men toil some, but no man toil too much. This great civilisation of ours has not learned to distribute the produce of human toil so that it shall be equitably held. Therefore government breaks down."

While this statement may appear a little simplistic, for all the sophistication of almost a century of economic inquiry since Scofield's statement, little has changed. The UN 50 years ago confidently predicted its focus on food production would virtually eliminate world hunger within a decade. Not only has the world community failed to affect Third World poverty, but the UN now admits that progress is bleak and, in the foreseeable future, maldistribution of food will result in escalating world hunger. Agribusiness, still boasting its capacity to increase global food production, has proven to be hungry for profits - having sent the fruits of Third World labour to affluent Western tables. In our own Western economies, beggars on the street have become an increasing reality as welfare agencies report increasing distance rich and poor.

It is significant that in the Hebrew tradition, old prophets sue Amos cried out against king and nation when economic prosperity masked systemic poverty. Amos cried out about the misery of the poor and the luxury of the rich. He cried out for a redistribution of goods, services, wealth and the power that makes wealth. He was demanding for the poor the right to life, liberty and the pursuit of happiness in the midst of the system that was oppressing them.

There is a prevailing belief that the primary morality necessary for a good political party is responsible economic managemer1:. Even the most cursory reading of the Jewish and Christian scriptures shows this to be false. It was no invention of Marxist economics to introduce the issue of justice as well as efficiency to the equation of leadership's moral responsibility. The prophet Jeremiah wrote to his king: "...you are doomed! You built a palace... But you were unfair and forced the builders to work without pay. More cedar in your palace doesn't make you a better king than your father... He always did right - he gave justice to the poor and was honest. That's what it means to truly know God." (Jeremiah 22: 13, 15, 16 The Bible For Today CEV).

Balancing the books while ignoring the poor and continuing the march to prosperity is a long-term disaster for the spirit of any nation.