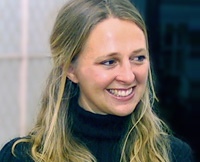 As I visit different parts of the world and see their varied plights-the depths of despair in Tsunami ravaged Sri Lanka, the iron-clad grip of poverty and drugs in the gang-run ghettos of Trenchtown, Jamaica; across all societies, even to the wealthiest and strongest - I observe that the common evil seems to be men and women's hearts failing for FEAR.

Where fear has a grip, hopelessness follows.

Wars, rumors of wars, an escalation of natural disasters, economic crises, the failure of the UN, epidemic statistics of broken or dysfunctional family units, the prevalence of lawlessness from individuals to governments - amongst many others, all serve to reveal our human vulnerability .

The irony is that even as our human vulnerability is exposed and fear would pounce, another great evil, the pride of Humanism stands still taller.

Mankind then flexes his muscle of self - suffiency against fear instead of "...humbling himself under the mighty hand of God..." and allowing the Fear of God (the reverent reliance on God and His goodness) to swallow up any other fear.

This pride, prevalent in Secular Humanism is concerned with human rather than Divine/Supernatural matters, where a high or overbearing opinion of one's worth or importance consistently elevates personal or public opinion, law, or will above God's will.

Sometimes this pride, sometimes hopelessness, will cause us to limp through life with the maiming effects of fear because of the pervasive lie that fear is normal and you just have to live with it.

However all the fears that beset us are confronted and overcome in the person and promises of Jesus Christ who bought mankind back from slavery to sin and death (and all related fear) by his shed blood.

The scriptures say "..He did not give us a spirit of fear but of love, power and a sound mind."

If Christians have not been given a spirit of fear then why does scripture from beginning to end call us to fear God? If perfect love cast out fear, then why does Isaiah, in prophesying the coming of Jesus tell us that the spirit of the fear of God was upon Him?

I believe the answer is shown most powerfully in the garden of Gethsemane, where Jesus is preparing for his imminent death by crucifixion. One account has Jesus saying to His disciples "...My soul is very sad and deeply grieved. So that I am almost dying of sorrow." Another account says that Jesus was struck with terror and amazement and deeply troubled and depressed. And He said to them, "my soul is exceedingly sad so that it almost kills me."

The man of flesh and blood that He was at that point may have feared, to some degree, the pain of crucifixion, but I believe dread of separation from the loving presence of his eternal Father because of the world's sin that He'd be carrying on the cross, was His greatest horror.

Jesus then says "Father if you are willing, remove this cup (this suffering) from me, nevertheless not my will but yours be done." In this prayer He relinquishes all his lesser fears and desires to His greatest fear and desire- God!

all i know is that the article is so true and fear is really gripping mankind, but what i also know that jesus died for us so that we would live life with a purpose and live his will, and what he went through for us was amazing and i just think that alot of people are scared to face up to what he did for us, because it means a change and a sacfrice in there life's but what they don't realise is that god wants the very best for us, also i would like to say it was really encouraging to hear the story of you and giving up dance, because it shows you have the love of god in you and i get joy out of hearing that.