Emily Graves spoke with Mediawatch-UK about the Online Safety Bill 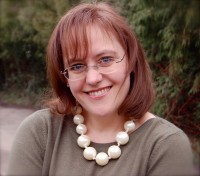 At the end of 2012 David Cameron said he would like to ensure that all households with children would have to install web filters. This is a great step in the right direction but it falls some way short of blocking harmful material as a default unless users opt in to access it.

Most of the UK's children's charities believe that the best way to protect children online is for adult content to be blocked as a default, with adults wishing to receive it opting-in to do so.

The Online Safety Bill has been introduced with the aim of reducing children and young people's access to inappropriate, potentially harmful, material online.

Emily Graves spoke with Vivienne Pattison from Mediawatch-UK to find out more.

Emily: Please could you tell us a bit more about what David Cameron is suggesting?

Vivienne: He would like a system to be introduced whereby anybody who buys a new computer, or gets a new network connection, is unavoidably faced with a choice if they have children, whether or not to set up filters on their computer. They will automatically be on these new computers as a default. You will also be given the chance to set some more things up and be a bit more specific about times and all the rest of it, which we think is great. It's a fabulous step in the right direction, but it hasn't happened yet. We are still waiting for it to be delivered. It's only going to apply to the larger ISPs, not the smaller ones and it is a voluntary arrangement, which is great, but it will have no statutory backing which we think would be useful. Also it's not going to protect the most vulnerable because the irony is that the parents who are most engaged with this, are the ones most likely to set controls and they tend to have the children who are less likely to need the protection because they're there and they can go and talk to their parents. It's the children who, very unfortunately for one reason or another, their parents are not involved in their parenting; they are unlikely to have these protections, or take them seriously. It's a great step in the right direction, but I don't think we're completely there yet.

Emily: Why is this so important to you at Mediawatch-UK?

Vivienne: Because we believe that having an opt-in model, which is where pornography and other harmful material, by which I mean things like suicide sites, pro-anorexia sites, are blocked for everybody as a default unless you say to your ISP, "I'm an adult - here we are, here's proof I'm an adult - I want to opt in to see them", in which case that's absolutely fine. Having them blocked as a default we think gives the best protection particularly for children coming from families who don't want to get involved or can't get involved, or parents who are just not very technologically savvy, or quite frankly children who are even more technologically savvy and know that there are various ways round getting around filters. Putting them in at this level would give them much better protection.

Emily: What sort of settings are currently on our computers for the internet?

Vivienne: At the moment nothing unless you put it there. You can go to Google and you can put a safe-search thing on there and then it will filter some things out, but that doesn't come as a default. If you want to get hold of your internet service provider or the person who sold you the computer, there is lots of advice out there and they will be able to put you in touch with how to do it and it shouldn't cost you any money. I think lots of people do find it slightly daunting. We can't afford to be complacent and we know that fewer than half of parents have got these filters in place, which is why it's so urgent we do something about it.

Emily: One statistic that has come up is that one in three under-10s have seen some sort of online pornography.

Emily: Do you think that we would ever get to a point where we wouldn't see any pornography sites or suicide sites online?

Vivienne: I think what we would like to see is to see those blocked as a default, unless you wanted to opt in to see them, because they are incredibly damaging and it is very difficult to protect particularly children, but actually there are a lot of adults that don't want to see that either.

I highly recommend K9 web protection. It's free and we've used it in our house and it does everything you want - forces "safe" search on search engines, filters out specific sites, specific sites can be blocked or allowed, times the internet can be implemented are limited, dog woof sound if trying to access forbidden and a record of sites visited even if web history is cleared.