Tony Loeffler looks at whether we are too civilised 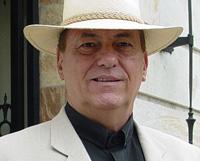 Do you have radical faith? In my opinion, we have become too civilized in our faith. Now don't misunderstand me. I think that civilization has done a lot of good things for the cause of mankind. However, when civilization begins to interfere with God's Kingdom and principles, and in many cases it has done just that, it causes just as many problems as it solves.

I have been performing concerts for the public for over 34 years and am very thankful for some of the technological advancements that have helped me reach the masses. But the message I bring leaves little room for civilized thinking when it comes to responding to the claims of Jesus Christ for the forgiveness of sins. Just think about this, there is absolutely nothing civilized about the God of the universe dying on a cross for the forgiveness of sin. It takes radical faith to believe something like that.

In order for us to enter into the topic of "radical faith", we need to ask the Lord to open the eyes of our heart to understand this life changing process. I have to admit that in America it is incredibly hard to get a grip on radical faith. My guess is that it can be difficult in many other nations as well. However, isn't it interesting that in some of the most primitive places on the earth there are testimonies of the miraculous and tremendous stories of radical faith? The question I raise is do you think that civilization could be cramping God out of the picture?

The first place I would like to go to examine this topic of radical faith is to the life of Moses in the book of Exodus, chapter 3, verses 2 through 4. I want to look at a couple of biblical examples to see exactly how radical we can expect our faith to be. One thing we know is that God operates on a radical platform. He walks on water, feeds thousands of people with a few loaves of bread and fish, cures lepers, helps the blind to see, raises the dead and does it effortlessly. God operates in a radical way.

It is also radical in the way many of the followers of God have behaved in the past and in some cases today as well. Following God is like walking on the edge of something you can't see. To be radical for some is to walk around town with a neon sign on your head, eating wild locust and honey. Today, for some people our faith is like wearing a polyester jacket or skirt instead of real fabric. The edge is missing and there is nothing radical about what we do. We need to get that edge back at least on some level if we want to have a part in God's plan for the ages.

I'm also going to share a personal experience that I recently had with the Lord that is quite reminiscent to what we see going on in the scripture. God is still doing amazing things in our lives today and He is the same yesterday, today and tomorrow. Most of us want to claim God's unchanging nature but have difficulty when it comes to miraculous events.

For example, let me make a small point this way about how we have become too civilized in our faith these days. How many of us have gone to chapter 11 of the book of Hebrews to talk about the heroes of the faith when we speak to someone who is either struggling or looking for answers to life? Most of us have done that when we wanted to talk about faith. And usually, we will refer to verses 4, 5, 7, 8 and 11 where it mentions Abel, Enoch, Noah, Abraham and Sarah.

Those people were certainly people of faith but so were the ones (and there were far too many of them to be listed by name) mentioned in verses 36 to 38 that suffered greatly for the faith. Some were tortured, mocked, scourged, imprisoned, stoned, sawn in two, put to death with the sword, were destitute, afflicted and ill-treated. Yet, in a civilized way, we find ourselves more attracted to the easy victories then to the real stories of faith. Why? I think it is because we have lost the edge to our faith. We are not radical any longer.

This is a small example of what we have done to faith when it comes to talking about the heroes of the faith. We kind of softened the blow of reality and in my opinion, civilized our faith. The results are that few today can even identify with the martyrs of the faith and the true history of the believers of Jesus Christ. Therefore, suffering becomes next to impossible for many and faith in Christ is either abandoned in times of trouble or just not thought about.

Let's now go back to our verses in Exodus chapter 3, verses 2 through 4 that says, 'There the angel of the LORD appeared to him in flames of fire from within a bush. Moses saw that though the bush was on fire it did not burn up. So Moses thought, "I will go over and see this strange sight - why the bush does not burn up." When the LORD saw that he had gone over to look, God called to him from within the bush, "Moses! Moses!" And Moses said, "Here I am."'

Now you have to admit that it is pretty wild that God decided to appear in a fire of a bush that didn't burn. God could have done many other things to get Moses' attention, but He picks a bush, and sets it on fire and doesn't burn it to get his attention. That is pretty radical. It is quite odd. It is definitely strange.

So Moses thought, "I will go over and see this strange sight - why the bush does not burn up." Here is an interesting little clue. In verse 4, "When the Lord saw that he had gone over to look." You see, there are circumstances in our lives that are intended to get our attention but we miss them. We just miss them and they are there everyday to evidence God's operational providence in and through our lives in little mysterious ways. Everyday the Lord touches us but we don't turn aside and look and dialogue with God on any level. We have become too civilized to think that God could act this way any longer.
We kind of mindlessly go through our lives and then come back to a service on Sunday or prayer meeting on Wednesday night or do whatever it is that we do for our religious life. But we miss the daily activity of the burning bushes in our life. We don't turn aside to see or ask, "What is God doing here?"

We never take the time to look and say, this is quite interesting or even this a little bit strange. In some cases it might be strange and in some cases it's not. My wife Mary Ann and I had an unusual experience recently. When it happened, I said to myself, "This is a little interesting. I find it a little troubling in one respect but interesting in another." We need to look at the events in our lives, whatever they might be and try to process them in some spiritual way. There is a lot more going on than just day-to-day events.

Great article...My wife and I are going through similar situations where we could say ..oh well that's so neat, but we want more of what God has in store...maybe it will be our burning bush!!!!

I found your Web Site by Search Engine, and I wish you the
best you can get, the peace of God through Jesus Christ.