The Lost Traditions Of Christmas

Andy Bodkin from Same Boat Music talks about how in the Christmas season, a lot of the truth is mixed and muddled up with the traditions that have evolved in our country. 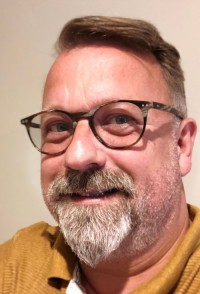 Of any day throughout the year, Christmas is probably the one with the most tradition and heritage in the Western world. From Christmas turkeys to Christmas number 1's, from stockings to school nativities, there's even some newer traditions such as elf on the shelf making their way into our Christmas routines. Not all festive traditions have stood the test of time, many have been resigned to the history books.

Similarly, many of us will be familiar with a yule log as a yummy chocolate covered cake, but the origins of the yule log tradition are much less tasty. The yule log tradition can be traced back as far as the 16th Century and was originally a specially selected tree that was burnt on a fire throughout the 12 days of Christmas.

Although we still celebrate boxing day as a bank holiday in this country, it began as a day of thanks for waiting and serving staff who were given a Christmas box and allowed the day off work. In some parts of England, the poorest people in society would knock on doors on Boxing day asking for money often getting enough coins to support them through the most part of the year.

In the Victorian times, a Christmas carol family singalong around the piano was commonplace for those in the middle and upper classes. If you didn't have a piano, you'd make a trip down to the local pub for a whole community sing along! The word "carol" means to dance in a circle, and most Christmas carols began their lives as folk songs sung in pubs during the festive season. The tradition of these Christmas songs can help us connect to times gone by, we can imagine how they felt, singing the same songs we are singing today.

Whilst the tradition of Christmas carols is still very much alive, the community singing spirit of times gone by has dwindled. With our headphones and electronic devices, music can often be an individual experience and is rarely a participative one. Community singing is proven to build social cohesion, improve wellbeing and it's just good fun! So, this Christmas why not start a new Christmas tradition and give it a go?

Same Boat Music's new Christmas album Good News! includes 7 original tracks newly recorded with adults and children singing together. Sharing the good news of Christmas with celebration and reflection, lighting up churches and homes around the world this Christmas. Perfect for community singing, family worship and a good old-fashioned Christmas singalong! FREE for a limited time only from www.sameboatmusic.com

The opinions expressed in this article are not necessarily those held by Cross Rhythms. Any expressed views were accurate at the time of publishing but may or may not reflect the views of the individuals concerned at a later date.
About Andy Bodkin
Andy Bodkin is CEO at Same Boat Music and Out of the Ark Music, having worked previously as a global executive for Christian Copyright Licencing for 18 years. Andy plays guitar and leads worship in his local church in Sussex.

View all articles by Andy Bodkin