The Passover: Meno Kalisher On Fulfilment Of Jewish Prophecy

Today the Jews still celebrate Passover, but what is Passover? What do Jews do today? Paul Calvert spoke with Meno Kalisher a Messianic Pastor from Jerusalem and he explained more. 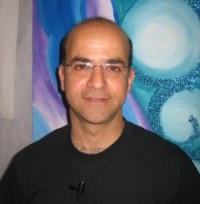 Meno: Passover in the Hebrew means Pesach, which means God passed over something; it's the story of the Exodus of the Hebrews, the Jews, from Egypt. We see this in the Exodus the second book of Moses. God took the people out of Egypt after the 10 plagues he put upon them, exactly as he promised Abraham in the book of Genesis that his seed would be 400 years as slaves; so God kept his word and as time came for God to take His chosen nation to the Promised Land he took them out of Egypt. So the last plague was killing the first born of the Egyptians and God told the children of Egypt through Moses that each family is supposed to take the blood and put it on the door posts and at night God is going to go down and check each door post.

It wasn't really an issue that God needs to see the blood in order to know if there is a Jew inside - God knows. Basically it was an act of obedience, a symbol of something higher that the nation will need to know in the future. So the idea was that any house that had the blood, God would not kill their first born and God would pass over them. Any house that wasn't going to be obedient and not put the blood will lose their first born. So basically if the Jewish people decide we're already Jews, we don't need to put this blood on, it's wrong, God will kill their first born. On the other side if an Egyptian family will decide after 9 plagues God is right, we're going to put the blood on the door post because we heard our neighbours are doing that, God will pass over them.

The nation of Israel was commanded in the law of Moses in Leviticus 23 to commemorate this holiday every year that the 15th day of the month of Nissan, starting on the 14th and then the 15th, 7 days of eating the unleavened bread.

Paul: Do they read any special scriptures over the Passover time?

Meno: God commanded us to read the acts of the story in order to tell our children, but today in the Synagogues where they believe in the way of Rabbinical Judaism they read the Agadah; it's the story of the Exodus and of course added on to it many stories and some chapters from the Psalms. The story behind it, is that every house even before the Passover - is going to check every corner to see that there is no leaven (yeast), there is no bread, so all the houses and all the areas are cleaned from the remnant of any leaven.

The Leaven is a symbol of sin, but God said let there not be anything like that in your house so they keep that commandment, but as a believer in Christ I pray that we will look and clean our lives from sin in exactly the same way we clean our floor from leaven at Passover.

Paul: There's a special meal at Passover time, there is the Seder table what does each symbol on the table represent?

Meno: Biblically we remember the bitter herbs and that stands for the hard work done in Egypt. 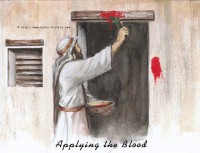 We remember the matzo, the unleavened bread, it's a very thin piece of bread, it's just flour without yeast. It reminds us of the hastiness of going out of Egypt, there was no time for the dough to rise, because they left very quickly.

Now I only mentioned 3 things, because that's only what the Bible mentions, but come on, you need to let our people have a feast! Everyone is emptying his fridge to make sure it's going to be fun, so many things were added, also other kinds of herbs, an egg, but these were not from the Bible; they just became cultural, the only three things mentioned in the Bible are the bitter herbs, the matzo and the shank bone of the lamb. All the feasts are fellowship in food - a very Jewish way of doing things. It's a beautiful way to do things, all the families together, its real enjoyment.

Paul: Easter, which is celebrated by the Christians, is usually roundabout the same time as Passover; do you see any significance in that?

Meno: Absolutely! In Passover Jesus died on the cross of course. Rabbinical Judaism doesn't accept it, but Easter is celebrating the resurrection, Jesus is my Passover lamb. John says in Chapter 1 v 29 "behold the lamb of God who takes away the sins of the world".

So He's my lamb, He's the ultimate one; all the sacrifices in the Old Testament were a symbol of the ultimate one. Jesus was crucified on Passover. It's not a coincidence, it was exactly as it should be. He is the real lamb and celebrating the resurrection 3 days after shows that God accepted the sacrifice, it's proof. If Jesus had stayed in the grave then there is no Messiah. If He could not win the death, then how could I put my trust in Him as God; but He was resurrected, the tomb is empty, therefore what happened to Jesus I know will happen to me, victory over death.

Paul: As a Messianic believer is Passover important to you now?

Meno: Well, what's important to me is Jesus, my all sufficiency is in Christ and you need to teach your children about the walk of Christ. Having this holiday which is in the Old Testament, celebrating them with the joy is important, but while celebrating them, always teach and always show how Jesus was the ultimate fulfilment, it's a must; if you take out Jesus from any of the holidays then you're playing with toys and not with God.

Paul: So what's your prayer for the Jewish people over this time of year?

Meno, I was first introduced to you on the television program Day of Discovery. After a little searching I ordered your books: Jesus in the Hebrew Scripture and Freedom in Christ Galations. I have now read them both. What an answer to prayer. Scripture from a Hebrew perspective. Do you have a bible study for small groups on either of these books.
Thank you

I'd love to read the tract by Meno Kalisher:"If you want to know what will happen in future, the book of Daniel will tell you" in English or in German.
Thank you for all your efforts for Israel's salvation.
God bless Israel.

thank you for a very clear answers. also very respectfully i would like to request for a complimentary copy of your book come and see what will take place in the FUTURE again thank you very much and cordial regards

Meno: I for one do not believe in easter, I am a Gentile however I do very strongly believe and except Christ Jesus as my savour. I paid the price for me on the cross, he is my passover lamb. I looked the word easter up in many books, it is a pagon hoilday, the romans had this in the spring it has nothing to do with my savour Jesus. What do you think Jesus was doing in the tomb for three days? Playing with bunnys and coloring eastor eggs? Fraid not. The only time it shows up in our Fathers word is in Acts 12: 4 and it has nothing at all to do with Christ. here they are talking about Peter, they put him in presion
I partake in Passover every year just the same as you.
I try very hard to walk in Christ foot steps, one time I saw two sets of foot prints in the sand, then there was only one set, I ask my savour what happend, where did you go when I needed you the most? He answered me "That's when I carried you son" If only I could do the same to him, but my shoulders are not very big.