My Work Is Worship

Daniel Ghinn on God's theme of work as worship throughout the Bible. 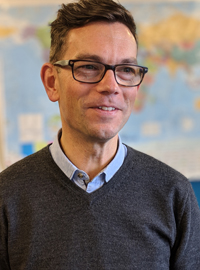 I was once asked, "Where do you worship?" The question was really about which local church congregation I was a member of.

This got me thinking about how and where we really worship.

In Romans 12, the apostle Paul suggests that we should offer our bodies as a "living sacrifice." This, he says, is "true and proper worship." He goes on to encourage us to "test and approve what God's will is-his good, pleasing and perfect will."

Doing God's will was also a priority to Jesus Himself. In fact, when His disciples urged Him to eat some food, He reflected that what really mattered to Him was doing His Father's will, '"My food," said Jesus, "is to do the will of him who sent me and to finish his work."' (John 4:34)

This statement by Jesus was made in the context of the lesson He had just given to the Samaritan woman about worship.

She had asked Him a "where do you worship?" kind of question, questioning why the Jews said that Jerusalem was the only place of worship. Jesus' reply sets the scene for our true worship today, '"A time is coming and has now come when the true worshippers will worship the Father in the Spirit and in truth, for they are the kind of worshippers the Father seeks."' (John 4:23)

We see His theme of work as worship throughout the Bible.

In Adam, who looked after the Garden of Eden even before the fall; in Abraham, whose act of worship was to be willing to sacrifice his own son; and even in the setting of the promised land, a place where, after years in the desert where God provided for them daily through miraculous manna, they would work to harvest crops.

Think about it, the Promised Land was not a retirement village! No, it was a place to work and thrive, where the people would be blessed through their work, and, I believe, that work would be an act of worship to God.

In Timothy Keller's excellent book, Every Good Endeavour, Keller explains that work is so important that the Bible begins talking about it as soon as it begins talking about anything, '"Thus the heavens and the earth were completed in all their vast array. By the seventh day God had finished the work he had been doing; so on the seventh day he rested from all his work. ...The Lord God took the man and put him in the Garden of Eden to work it and take care of it."' (Genesis 2:2-3, 15)

I believe that work is close to God's heart, so much so that it will be part of our eternal life in heaven and ultimately on the New Earth.

If work was a form of worship in the life of Adam and Eve before the fall, then why not for us in heaven too?

If you long for the day when you retire or can give up your work; if you spend your week wishing for the weekend; then I encourage you instead to reflect on God's heart for work, and let Him show you how to worship Him through your work.

The opinions expressed in this article are not necessarily those held by Cross Rhythms. Any expressed views were accurate at the time of publishing but may or may not reflect the views of the individuals concerned at a later date.
Daniel Ghinn
Founder
Worship.Works
Maidstone
www.worship.works


View all Life Files by Daniel Ghinn
Sign up now to receive weekly Life Files, direct to your inbox.