Do Whatever Jesus Tells You

David Hellyer looks at when Jesus turned water into wine, and considers the importance of responding to whatever Jesus says. 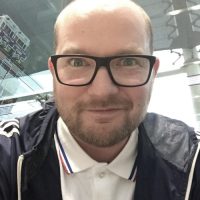 Two really good friends of mine got married to each other recently. The bride is Swiss and the groom is Irish, so the reception was quite a party. It was such a cool day to be a part of.

The week before the wedding itself I found myself reading the account in John 2:1-11 about the wedding at Cana that Jesus attended. It's a fascinating story, which is often told quite simply as 'Jesus turned water into wine', but there's so much to the story and it's a shame to reduce it like that.

Jesus finds Himself at a wedding, which seems to have rather embarrassingly under-catered for the guests as they ran out of wine. After some encouragement from His mother Jesus miraculously provides the solution to their problem. Mary gave the servants a very simple instruction, "do whatever He tells you."

The first thing that stands out to me is the nature of the miracle itself. Jesus points to the stone water pots, which were used for Jewish ceremonial washing. He instructs the servants to simply fill them up and then give the host a sample taster. At no point does the story tell us Jesus touched the water or intervened at all. In fact it's all rather mundane. The servants did something they would have done a thousand times before and yet the result of that action was different when under the instruction of Jesus. Jesus worked through the servants to perform the miracle.

The second thing that strikes me in this story is Jesus' solution to the problem. The wine wasn't just any wine, it was a fine wine. Remember the host was the one that said, "most people save the cheap wine until later when the guests are already drunk, but you've brought out the best wine now." But there was also lots of it. If all the water in all the six water pots was turned to wine, they would have had roughly 800 bottles worth according to my maths. Jesus provided wine for many more people than were actually present. Isn't that just so typical of Jesus? He gave the best, and He gave far more than was needed.

Doesn't this all remind you of the other time Jesus took water from a ceremonial washing pot? He washed His disciples feet when in the upper room. And then later when He shared the cup with them, He told them that His blood was shed "for you and for many." Yet again Jesus' intention was to share the gift with many more people than just those who were present.

What better advice could I give you today than pointing to Jesus and echoing the words of Mary: "Do whatever He tells you." By following that simple instruction, the servants became the instruments used by Jesus for His first recorded miraculous sign. Just like the servants at the wedding you can be an instrument to bring rich flavour to the lives of those around you - like a full bodied red wine.

Maybe today you're feeling like Jesus was at that wedding in Cana. Minding your own business and hoping for an uneventful day, which is generously catered. Maybe your day is about to take a turn towards the unexpected, just like Jesus' did?

Allow me to remind you of Mary's advice: "Do whatever He tells you."