What On Earth Are We Building?

Nick Welford reflects on the reasons why Jesus tore down the temple and how we should look at the way we doing things today. 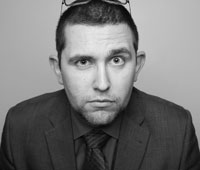 "Jesus answered them, 'Destroy this temple, and I will raise it again in three days.' They replied, 'It has taken forty-six years to build this temple, and you are going to raise it in three days?' But the temple he had spoken of was his body. After he was raised from the dead, his disciples recalled what he had said. Then they believed the scripture and the words that Jesus had spoken." John 2:19-22

It's hard for me to look at the Western Church in general and not think we are getting it a bit backwards. Ultimately my reasoning comes down to this - who is it all for? Jesus? Us? Or everybody else? Church services are full of words and ritual that have no point of reference for the large majority of humanity let alone any meaning. Yet we press on seemingly obsessed with producing songs with impenetrable metaphors and self replicating leaders with no one to lead.

Just as the Pharisees miss the point in the verse above, have we missed the point with church? Rather than engage with Jesus provocative statement the Pharisees scoff at him, focusing on the human effort that went into building the temple. I wonder if we too are caught up a little too much in our human endeavour and years of toil to see what Jesus is actually bothered about.

This exchange in John comes moments after Jesus has cleared the temple. A famous passage where we see a furious Jesus tipping over tables and causing quite a scene. I was always told that Jesus got this angry because of the money aspect, and that this was a reason for not holding cake sales in the church hall. Even as a child this seemed to me to be a somewhat bad reason for Jesus to show such anger.

As I have reflected on this passage it seems to me that the issue for Jesus is not what is happening but where it is happening. Jesus enters the temple knowing that Israel was chosen to be a blessing to the nations, to share the story of this God who is totally different to any other god. He believes this to the core of his being and is willing to die so that all people may have access to this God, so that the excuses they make will be null and void, and here in the temple courts is a market. The courts were also the only place in the temple a gentile could go to worship, the only place where they could access God. And it was in these courts, not the women's court, definitely not the men's court - not even just outside the temple, that Israel housed the market. This nation that was meant to bless the world with the truth of God gave them a shopping mall in the holiest place they could enter.

After Jesus has torn down this barrier to God for the gentiles, the religious leaders still focus on the years of human work that went into it. I wonder what Jesus would obliterate in our churches?

The opinions expressed in this article are not necessarily those held by Cross Rhythms. Any expressed views were accurate at the time of publishing but may or may not reflect the views of the individuals concerned at a later date.
Nick Welford
Newly Accredited Minister
North Yorkshire


View all Life Files by Nick Welford
Sign up now to receive weekly Life Files, direct to your inbox.