Alan Sorensen: From musical troubadour to Church of Scotland minister 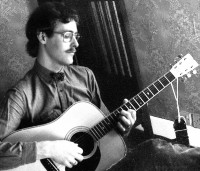 Back in 1982, Glasgow-based singer/songwriter Alan Sorensen released what appeared to be his one and only album - the self-effacingly titled 'Alan Sorensen's Greatest Hit' - having built up a strong following with over 1,000 live appearances to his name. With a back catalogue of well-crafted and accessible songs that promoted the Christian faith, coupled with Alan's natural ability to connect with a live audience, it seemed that that the scene was set for a long and fruitful musical career.

However, soon after the release of 'Greatest Hit', Alan found himself called to become a Church of Scotland minister and, although he has simultaneously forged a successful career in radio broadcasting, music began to take a back seat until - like the master tapes of his debut album - it was finally packed away into a cupboard and forgotten about.

Almost exactly 30 years later, Alan has decided to dust off and re-master those old tapes and rerelease 'Greatest Hit' on CD for the first time in an attempt to raise money for the fabric fund of his current charge, Wellpark Mid Kirk in Greenock. Such was the local success of this reissue that Alan found himself being asked for a follow up prompting him to dig out, record and release some of his old love songs under the tongue-in-cheek banner of 'Buckets Of Teenage Angst'.

With a gap of three decades between albums, it appears that Alan has once again got the music bug. I catch up with Alan in a break from his busy schedule as a minister and radio broadcaster and, as his album titles suggest, I find him typically diffident about the merit of his previous musical work. "I had a listen to the old master tapes and thought they didn't sound quite as bad as I thought they did," he confesses. "Then I played a couple of songs in the church which people liked and then they inevitably asked if I had a recording to which I had to say 'yes, but it's on cassette'! I have a little studio in my house and it was very easy to transfer the quarter inch reels and put the album out on CD. The point is that I can't make scones like other people do when they're raising money for their church but what I can do is sing songs."

Having found success both today and first time around, it's clear that Alan's songs have a longstanding appeal and I ask him what made him choose parish ministry over music. "At the end of the day, you go where you believe God is calling you," he advises. "Music had always been, in my mind, a way of sharing my faith and I continued with it up until the time God said I had to go into the ministry. That kind of dictates the rudder in a different direction and the gigging diminishes and the writing of sermons on a Saturday night increases. 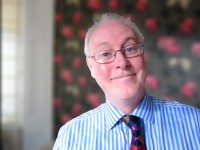 "I didn't consciously decide to wind down my music ministry," he continues. "Once I hit my late 20s, I had a young family and a congregation and music wasn't quite the priority it once was. At that time, my first marriage broke up and I became a single parent with two young children and anything that was not core had to go because my first priority was to my daughters. Now that my kids have grown up and are away, I have the luxury of being able to spend a bit more time playing music. I've since remarried and my wife recently bought me a beautiful Martin guitar and, all of a sudden, I found myself wanting to find places to play music again. Like Take That or the Eagles, I've reformed!"

I wonder what Alan puts the continuing appeal of his songs down to. "If you take away the '80s arrangements on 'Greatest Hit', you're basically left with singer/songwriter songs," he suggests. "The art of being a singer/songwriter has never gone out of fashion and people like to hear another human being's expression of their experiences - especially if that person can do it with a degree of creativity and integrity."

With over 1,000 live appearances under his belt before joining the Church of Scotland, it's evident that Alan took the art of being a singer/songwriter seriously. "Back in the '70s and early '80s, I was playing live up to four times a week and that was simply because churches and church groups held events," he comments. "It might have been at a youth fellowship or a rally but there was always some sort of big shindig where bands and singer/songwriters could play. That fostered a whole Christian music scene and, when I was playing, there were dozens of Alan Sorensens out there - many of them much better than me - and we all met up and played at the same kind of venues. I'm sure there's still a vibrant Christian music scene today but, in terms of numbers, the gigs and audiences are a fraction of what they used to be. There used to be squads of young people in churches back then so it wasn't difficult to put something on and expect a big crowd to turn up."

Despite finding fulfilment in his role as a minster and radio broadcaster, Alan admits that he still misses playing in front of a live audience. "There is nothing in the world quite like doing a gig," he enthuses. "Nothing compares to being on stage with a guitar and laying bare your soul as you sing your songs to the best of your ability. Watching groups of people responding to your songs was just such a wonderful experience and God did amazing things to me as I tried to serve him at these gigs."

Whilst the door to playing music closed, Alan's creativity began to find new ways of expressing itself. "The creativity I had had as a songwriter - and there is creativity in being a parish minister too - then found its way into radio broadcasting," he explains. "I was doing a post graduate course which involved looking at the church's use of mass media and - long story short - I ended up being asked by Radio Clyde to do a series of God spots. I then took over the Sunday morning show and I've been doing that for 23 years now." 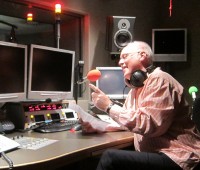 It appears that Alan had found his niche as a broadcaster. "Within the first year of working in radio, I had won the biggest broadcasting award in the world for entertainment - the grand prize at the New York International Radio Festival and I've gone on to win 37 national and international awards," he states. "I now do slots on the BBC Radio Scotland and Radio 2 as well as my weekly Radio Clyde programme but, at the end of the day, this is all about an impetus to share my faith. God has been so good to me and this world is a difficult and confusing place as well as being an extraordinarily beautiful one and I desperately want other people to have the experience I have had of Jesus Christ.

"The idea of a secular radio station being happy to have me on its airwaves sharing my faith with more people in one moment than Jesus spoke to in his whole life is mind-blowing. There are a million listeners to BBC Radio 2's early morning show and, in the two minutes you're on air, you get to share something of your experience of God and understanding of the world. What an amazing privilege!"

With the continuing success of his ministerial and radio career and the decision to revisit his musical past, I ask Alan about his long-awaited second album which saw the light of day in 2013. "The tracks on 'Buckets Of Teenage Angst' were love songs as opposed to Christian songs. I never recorded them back then because I was playing solely Christian venues with the aim of sharing my faith. However, since I've got my front room studio and people had asked for more, I thought I'd finally put these songs out."

I suggest that the reissue of 'Greatest Hit' and recording some of his old love songs has stirred something of the singer/songwriter in Alan again. "I certainly aim to record some more songs because an itch to make music has awakened within me," he admits. "Expressing yourself through music is an important part of being human. The one thing we know for certain about Heaven is that there will be music and it's something that connects us in a special way with God.

"If we're made in the image of the Creator," he adds in closing, "then we're made to be creative people - whether it's writing songs or baking scones!"