Cathy Burton: A song-by-song rundown of her 'Speed Your Love' album 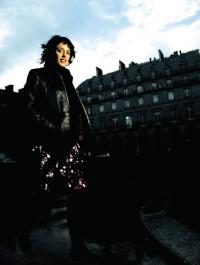 "La La Love"
The opening track, this song was written as a light hearted reflection on the dreaminess of falling in love, or at least thinking that you have! I wrote it after bumping into a famous superstar. I was just getting his autograph like everyone else, but managed to make a complete fool of myself by falling over. Anyway, it's every girl's dream to be noticed by a film star or rock star. I think I managed it, although not in the most dignified of ways! So this sparked a song about that sort of thing!

"Love Without A Trace"
This is a song I wrote with Mark Kerr. He's the brother of Jim Kerr, from Simple Minds. So it was an exciting write for me, even before I got there. When you write with someone else I think it's difficult to really write from experience unless it's on common ground. This was again on the subject of falling in love. We chatted about what that feels like. I remembered when I was 17; I'd just got engaged to Paul, who would visit me in Devon. I used to go back to college after spending time with him at the weekend. I was lodging at the time and on my own quite a lot and would often be convinced of seeing him sitting in the lounge. Hence the whole "I can see you" theme..he's there, yet, without a trace!

"Speed Your Love"
I wrote this on New Year's Day 2003. I distinctly remember sitting down at my piano and the song came pouring out of my fingers and mouth. I didn't really know what it was all about at first. When it hit the chorus though it was very clear. There had been a very sudden bereavement in our church community and I'd had no real way of expressing my grief. It's a song, almost a prayer for the family that this lovely man left behind. Asking God to speed his love and fill in the huge void that had been left in this family unit by such an incredible person.

"Home"
This song is as literal as it gets. It's a raw reflection on a situation that is ongoing. A few years ago a good friend of mine decided to walk out on his whole life including his wife, friends and business. It's all quite complicated. I still love him and I still miss him and it's a song about that. Some people have compared it to the prodigal son story, which on reflection it does have similarities. I wasn't intentionally trying to write about that or be that clever though. The feelings I have are still pretty raw about this one and it's always a challenge to sing at a gig. I think the album version captures everything I feel in the outro.

"Down The Road"
The expression "down the road" has its own special meaning to me. I started to write this song on the day that I launched my album 'Burn Out'; sadly, my friend's Dad died. It was expected, but it felt so strange that someone I knew so close could just lose their father. It got me thinking about the whole death thing and I remembered how my Grandfather used to handle it. He'd just say, "Get on with you, I'm off down the road." It's like he knew. He was referring to the local cemetery which was literally down the road! I never really knew what my Grandfather believed, but it's my personal belief that when I die, I'll have eternal life through Jesus. The bridge section of the song is my reflection on the road that is eternity; there are miles and miles of it. When we die it's just the start of it. I'm hoping that I'll see him again down that road. 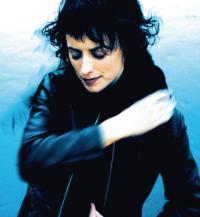 "Falling"
This song was a long time in writing. I had all the verses and the words "stars feel like they are falling down," but no real chorus to speak of. I wrote it in the middle of the night whilst at a festival. I'd been literally lying on the floor looking at the stars asking God why did he sometimes feel so far away, like the stars, but at the same time, when you look up at the stars they feel like they could fall on top of you and pop you on the head (you have to look for a long time to get that sensation!). It was an inspired Ricky Ross collaboration that brought this song into its fullness. The final verse was written later, when I experienced a moment that I wanted to last for ever, and not really knowing how I would cope after that moment would pass.

"Right Now"
This song was written with Kevin Hunter. It was just at the end of a summer. I'd been doing loads of gigs and my drummer and good friend Paul, on the way back from a gig, had a car crash. It's what you dread, doing what we do with gigging and stuff. You are often driving round the roads of the UK well beyond 1 am. The next day his Dad called me and said, "Paul's been in a car crash. (huge pause)... but he's fine"! It just took those split seconds for my world to flip out. I thought the worst. When I came to write the song later that day I couldn't escape the feeling that what might have happened - would I have said everything I'd wanted to him? Would I have ended on a good note with him? etc. This song encapsulates the mentality of just ceasing the day and being good to each other.

"Someday"
This is a song that reflects on the massive gap between the rich and poor. I struggle with the wealth that we have in this country when you just have to turn on the television and see the poverty and suffering in the other 2/3's of the world. I find it so easy to be compassionate about these things, when I can be bothered and when it is brought to my attention in my selfish and wealthy existence. I wish I was someone who could be aware of that all of the time. I consciously try hard to be thankful for all the stuff I have, like food, water, clothes, house, career path and all those things. But there's something in me that wants to be more effective with the world's problems. I know you can only do what you can do as an individual. This song is a challenge to myself to be striving to do that and not to be complacent in my cosy comfort zone. I don't want to be drawn into a lulled contentment that then means I don't reach out to others.

"Leave Me With You"
Since the age of 17 it feels like my world has been in two places. When I met my husband Paul, I lived in Devon and he was in Eastbourne - opposite ends of the country. Life consisted of endless train journeys in order to see each other. Now I live in West Sussex and my family live in Devon. Again it's now all about endless car journeys! This song just says it how it is, it reflects on my hours on the trains, the way my thoughts used to run away into the imagination world of what it would be like when I got to my destination. Mainly though it's about falling in love and staying in love and wanting to be with the ones you love, even when you have to go away.

"Hold Your Hand"
It seems to me that when you are in your 20s a lot of people go travelling. A couple of friends of mine decided to do just that almost 18 months ago now. Life was very hectic at the time. I was on a tour and basically they left. My friend rang me just before I went on stage. Although I hadn't seen much of them, I felt devastated when I realised I wasn't going to see them for over two years. Telephones are fantastic, but are no substitute for a face to face farewell. So that was the main inspiration of the song, then sadly around the same time I had a couple of bereavements and the last section of the song is about wanting just that extra bit of time, that you know you can't have. It's a verse to pay tribute to those who are very special to me.

Thanks for that- really understand the album a lot more now. I really enjoy listening to it.