Once a key figure in the early development of British Christian music, today DAVE COOKE is a renowned maestro of TV music. He was quizzed by Tony Cummings. 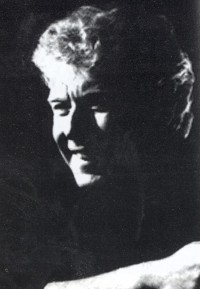 As any Cross Rhythms reviewer will tell you, Christian kids' albums can be painful affairs, full of lachrymose renditions of "This Little Light Of Mine" or painful attempts to caricature contemporary culture for the tiny tots. So all praise to veteran songwriter Dave Cooke whose 'Dave Cooke's Rocky Kids' album is a delight, cram full of dance tracks, action songs and Bible story numbers which are effervescent fun. Now ICC have released a second volume of the same and with some delightfully silly sketches about Evil Doreen, Queen of the Sound Effects and Grumpo Old Grenville Small Trouser, it again becomes clear that it takes a special talent to communicate spiritual truth to the 7-11 year olds. In fact, as any CCM wrinkly will tell you, Dave Cooke is far from being a newcomer to the music scene. In fact, Dave has an extraordinary musical pedigree, writing TV music for series like Bananaman and Chuckle Vision as well as working as a producer, writer and musical director for artists like Cliff Richard, Phil Bailey and Helen Shapiro.

I began by asking Dave how he got his start in the music scene. "I was playing in a local band down in Purley (say no more!) and we were asked to play support for this singer called Judy MacKenzie. We got together on the day of the gig and ended up not only playing support, but backing her entire set, which was a real laugh. We were all terribly impressed by this famous gospel singer who sang nice, bittersweet songs about love and freedom, and the combination of that and our rather arrogant '60s R&B and hippie noodlings seem to work. (Or was it simply that the audience were too polite to say anything?...Nothing's changed there then!) Anyway, I had been feeling for some time that music would play a big part in my life, having studied piano since I was five, double bass at school, and drums in my teens and guitar since I was 11 years old.

"I was hooked on practising, arranging, writing songs and when asked at school what I was going to do after spectacular A level failure, I remember saying that I wanted a career in music, whatever that meant! So the gig with Judy seemed to be a significant event, at least for me. She was extremely generous and decided that she wanted the band to accompany her on all her future gigs, both here and abroad, which we did for a period of time. I think this may have upset a few people who thought they were getting the sweet and lovely Judy, but instead got a van load of hairy, sheepskin-coated blokes with silly hats and cigarettes!

"At that time, I was working simply to get some cash and my employment in a mental hospital certainly stood me in good stead for the future business I was hoping to enter, as well as being the only 'real' job I've ever had! Judy then decided that she would like me to be around as her full time accompanist on guitar and piano. This left her free simply to sing and this seemed to work well. Within a couple of weeks of this happening we were doing TV gigs, performances in large venues like Royal Albert Hall, Westminster Central Hall and the like, and suddenly I was getting a kind of recognition that wasn't as much to do with my ability, but more to do with my Christian status. I found this very difficult and for some time I think my faith went through a time of uncertainty and bewilderment.

"It was partly this reason we decided that we wanted to get into clubs and universities and try to stay away from the 'mainstream' Christian gig circuit. We became busy doing these sorts of gigs and managed to secure a deal with EMI, which resulted in one album 'Thinking It Over', which we recorded at Abbey Road. This was a real treat and although the album was pants, it gave me a taste for studio work, sessions and recording in general. I have been back to Abbey Road many times since to play on albums and various productions and the magic is still there! "After the album we did Edinburgh Festival and received rave reviews and things were looking really good for us, but then the dreaded publishing deal that we had signed a couple of years previously reared its very ugly and onerous head and resulted in both of us unable to work or write together as performers. However, in the meantime Judy had been offered a few writing jobs with Scripture Union Sound And Vision Department, and as generous as she was, she offered them to me. (I'm still very proud of 'The Green Bear'!) So that started me on the path of theme and incidental music writing and along with a TV feature with Steve Turner and award winning director Norman Stone, I had a taste for TV and film writing!

"I then got through Norman Stone the job of musical director of Sunday Gang, which was scheduled to be a flagship BBC TV programme for kids. And it was a gospel show! I was asked to assemble a band every week and write songs and incidental music for the show. This was a brilliant training in what to do, not to do, who to use, and specifically working to a deadline. One of the presenter/actors of this show was a brilliant performer called Tina Heath, whom I finally married, but that's another story!"

Dave has become a veritable music machine for British TV. He's just completed a 26 part TV drama comedy series for BBC TV with the rather dubious title of There's A Viking In My Bed. He's also recently had an animation feature film, several BBC music education series and he's just about to start on another series of Chuckle Vision plus a music series based on A Midsummer's Night Dream. With all this work it's amazing he found time to get involved with kids' music. He explains, "I was very aware that there wasn't enough good material for kids who went to church. I had trawled the albums available including Paul Field's 'Fit For Life' and 'Pass It On' and after I had exhausted these, I couldn't find anything else. I wasn't sure if kids really wanted to be a butterfly or sing old fashioned silly action songs any more. So I decided to give the kids in our local church some new stuff, and that's how 'Rocky Kids' came about. The good thing about these songs is that they are all written with playing in mind, so they all work on guitar or keyboard with a small group of kids. Once I had the first album sorted, I started to write more songs simply because of demand. That's the good thing about working with kids - they get bored quickly!"