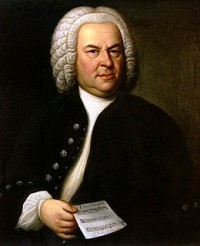 Like most Children Of The '60s, I grew up enamoured by pop music. Once I heard on Radio Luxemburg "Love Me Do" by the Beatles and "Green Onions" by Booker T & The MGs, there was no stopping me, particularly when I discovered that nearly all the records I liked and wanted to buy were by African Americans. A record collecting friend at school got me reading Record Mirror, which led me to listening to blues singers like John Lee Hooker and Howlin' Wolf, and by the time I was thrown out of grammar school I was a member of the newly formed Tamla Motown Appreciation Society, an avid reader of small time magazines R&B Monthly and SoulBeat, and was spending every penny I made on singles and recording tape so I could record them on my dad's reel to reel tape recorder.

Classical music was an alien world I had no interest in. The bit of Beethoven, Brahms et al I'd heard on the BBC seemed remote and difficult to concentrate on. For me, music needed to instantly impact. Be it Aretha shrieking "what you want, baby, I got it," or the dazzling guitar solo on Little Richard's "Whole Lotta Shakin' Goin' On" (which decades later I learnt was played by Jimmi Hendrix), music was something that needed to create an emotional response in me. Be it the Chiffons with their nonsensical female doo-wop "do long, do long, do langs" or the haunting saxophone of Paul Desmond on the strange-tempo'd jazz of "Take 5" by the Dave Brubeck Quartet, music either stirred something in me and got me scrambling for my notebook as a potential record-to-search-out, or it didn't. Classical music seemed remote and unworthy. And if hundreds of pop records didn't connect I would impatiently wait for Freddie & The Dreamers, Alma Cogan or Bobby Rydell to get through their mimed performances on TV's Thank Your Lucky Stars, hoping the next song would.

The classical music I and my classmates had to sit through during the music lessons played on the class record player by a permanently out-of-sorts man who doubled as our RE teacher seldom stood out. And when they did, most of the titles announced by our teacher simply weren't retainable. (Consequently, it took me decades to finally get the title of Beethoven's "Piano Sonata No 14 In C Sharp Minor Op 27/2 Moonlight (1st Movement)" into my head and into these musings.)

Very occasionally, though, I'd hear a piece of classical music which did connect instantly and which did have a memorable title. And so "Air On A G String" composed by Johann Sebastian Bach made it to my notebook. Not that I bought it. No one released that haunting melody as a single, and albums were way too expensive for a schoolboy's pocket money.

When I left school my passion for R&B, soul and blues was such that I started a fanzine called Soul, then Soul Music Monthly and eventually Shout. I moved to London from my Plymouth hometown, got work in the arcane world of music copyright and eventually landed a job with a Fleet Street magazine, Black Music. My private life was in turmoil but my professional life continued to go great guns. Commissioned to write a book about the music of Philadelphia, when I started researching I discovered that a key element in the sophisticated string-filled Sound Of Philadelphia were symphonic musicians moonlighting from one of America's great ensembles, The Philadelphia Orchestra.

A couple of years later when living in the USA, I was taken to the famed Hollywood Bowl to hear a rendition of Beethoven's Fourth Symphony. Unfortunately, 10 minutes in I found my mind wandering. Clearly long and complex symphonies remained outside the musical tastes of someone who continued to gorge himself on three-four minute pop and soul songs.

Gradually though, shorter fragments of the standard classical repertoire began to register with me. Beethoven's piece for piano "Bagatelle In A Minor" I did enjoy, as I did Greig's "Anitra's Dance From Peer Gint Suite No 1". But the composer who registered his melodies most often in my head was Johann Sebastian Bach. I even found myself humming bits of his Brandonberg Concerto, which is no mean feat as I had never bought a classical record and had only heard it once or twice on the radio.

The revolution in my music listening habits occurred in 1980 with my Christian conversion. After becoming a believer, at first there was little change in what I listened to. I simply switched from R&B to R&B gospel and albums from old gospel bands like the Mighty Clouds Of Joy and new groups like The Winans were regularly on my turntable. But as soon as I started a job with the Christian magazine Buzz, I was thrown in the deep end and asked to review and write about many Caucasian artists. I'd never heard of CCM and had no idea who Adrian Snell or Amy Grant or Keith Green were. But to my relief I found much of their music pretty good. I also discovered that hymnody, which I hadn't really heard since I'd left the scouts at age 14, had some really good tunes even if the language was a bit archaic.

Within a year or two, I was enjoying "Love That Wilt Not Let Me Go", "Great Is Thy Faithfulness", "Love Divine" and many more. I also found that some of my hymn favourites had melodies written by Handel, Mendelsohn, even Sibelaus, and that man Johann Sebastian had penned a great melody "Jesu, Biebet Meine Freude" though we sang it as "Jesu, Joy Of Man's Desiring".

My growing respect for hymnody went parallel with my growing respect for classical music and though I still went for short pieces like "Claire De Lune" or "Gymnopedie No 1" rather than the more demanding long orchestral works, I could no longer completely disregard classical and choral music. So when Cross Rhythms magazine was launched in May 1990, there, in the first issue, was an article on . . . you've guessed it . . . Johann Sebastian Bach. In the article the great man is quoted "as in the case of all music - it should exist only for the glory of God and the recreation of the human spirit." How true.

It took me a few more years to fully appreciate just what a musical genius JSB was and his dazzling ability to use counterpoint with three or four melodies playing around it is skill in its mathematical complexity, something that took years for me to fully appreciate. But appreciate it I can and now say I do. With no systematic methodology, I stumbled across more and more JSB works which I found beautiful and taking me to a very different place to the punk and raw blues, hard rock and catchy pop I had fed on for so many years.

I found that John Williams' guitar was able to take the man's "Fuge And Allegro In E-Flat Major", written for the lute, and make it something hauntingly otherworldly. Similarly, Bach's "The Well-Tempered Clavier", probably written for harpsichord or organ, came alive to me thanks to the dazzling piano playing of Angela Hewitt. And then there were the hymns credited to the great man in the Lutheran Hymn Book such as "O Sacred Head Now Wounded" and "Tis Good, Lord, To Be Here". As time moved on, more and more discoveries were made. Then I read that the directory Bach-Wenke-Verzelichris lists a staggering 1128 JSB compositions, and I realised I was not going to run out of discoveries any time soon.

I've just finished reading the book Johann Sebastian Bach: A Very Brief History by Andrew Gant. It has certainly got me wanting to dig deeper into Bach's truly vast array of works and in the coming years, if God gives them to me, I will investigate some of them.

It's taken 60 odd years for this avowed pop/rock/R&B enthusiast to throw off my dumber-than-dumb opinion once shared by my school friends that classical music is "boring". And maybe I'm always going to prefer a singer like Mahalia Jackson to Kiri Te-Kanawa (though the latter does do a wonderful job on Bach's St Matthews Passion). But helped by Classic FM and work which brings exposure to all types of music, I'm now at last getting familiar with an extraordinary talent who more than one critic has called "the greatest composer of all time."

Dear Mr. Cummings- I too grew-up in the late 50' and early 60's with an over-exposure to popular rock and jazz music. However, my folks kept me tuned-in the their music, that of the 1930's and 40's. I did not come to Classical until 1995 when I remembered how passionate I was about the music I had heard from Walt Disney's Fantasia in a 1962 re-release. To-day I balance my life between the likes of Bach, Rachmaninoff and Andy Schumm and his Gang. And no, I don't mean Schumann. Please check him out on YouTube for yet another interesting diversion. Thank you for your article. Bach Rocks !