Mark Schultz: The storyteller who touches hearts with his songs

Tony Cummings reports on the Kansas-bred songsmith MARK SCHULTZ whose story songs have made him a CCM star.

Christian music has long had exponents of "story songs", compositions that tell tales to make their spiritual impact. In fact, the man who first coined the phrase "gospel music", Ira Sankey, the 19th century musical partner of evangelist D L Moody, specialised in such songs while African American gospel music has long had a stream of narrative compositions particularly its long time obsession with dying and/or praying mothers. In CCM, Don Francisco enjoyed huge popularity in the '80s with his graphic song depictions of events from Scripture. But in recent times it's been Kansas-raised Mark Schultz who has best represented the story song tradition. Mark told CCM magazine recently, "I've loved stories since I was little and the thing that I love about telling them is letting people in on each story bit by bit. It's a way for people not to just listen to a song but to be a part of the overall experience. Ultimately, it's about making a connection and pointing people toward Heaven."

Mark has penned songs like "He's My Son", a cathartic depiction of a father praying for his desperately ill son; "Remember Me", a sentimental ballad many have subsequently used as a graduation hymn; "Letters From War", a tribute to the US armed forces and, on his latest album, "Everything To Me", a heartstring-tugging look at the subject of adoption. And though Mark's heart-on-the-sleeve compositions may not quite marry up with British tastes, in America he's enjoyed truly phenomenal success since he first emerged on the national scene in 1999, clocking up seven number one hits and his live CD/DVD package 'Mark Schultz Live: A Night Of Stories And Songs' recently going platinum.

Such success is all a long way from when the small town boy from Kansas moved to Nashville and began working at the First Presbyterian Church. He explained the move to journalist Lisa Ryan, "I came here nine years ago to be a songwriter, and I ended up being a youth director of this church out of nowhere. The youth minister said, 'There are six grand pianos around this place, so why don't you find one and write songs and in your free time just hang out with the kids?' I think he knew I was going to fall in love with the kids, and so it was just his way of making me stay. I fell in love with it. I learned more from the kids than they could possibly learn from me. Every one of the songs I've written is about them or about their parents."

Mark was "discovered" after performing at a self-organised and produced benefit concert at Nashville's famed Ryman Auditorium. Signed to Word Records in 1999 his debut album 'Mark Schultz' took everyone by surprise by being a runaway hit. The upbeat "I Am The Way" picked up radio play but it was the tender piano-led ballad "He's My Son" depicting the earnest prayer of a father whose son has been diagnosed with leukaemia which catapulted the singer/songwriter to the CCM big time. Mark spoke about the origins of "He's My Son". "That was a song that was actually written for Martin Baird. He's 14 years old and he's a member of my church. Martin had been diagnosed with leukaemia, so the next year and a half I walked through life with a family who was possibly going to lose their son. I was in this chapel, and I said I want to write a song that kind of expresses what they're going through so they don't feel like they're alone, by themselves. Martin's fine now. He's in college and is in remission, but I'm amazed to go into concerts around the country and people come after the concerts just in tears and say, 'You may think you've written that song for the Bairds or thought you did, but you wrote the song for our son or our daughter or for my husband.' So, I'm amazed."

As Mark began to be showered with awards, more than one industry observer suggested his successful debut was a fluke. But 'Song Cinema' (2001) and 'Stories And Songs' (2003) kept the radio hits coming, culminating in his massively successful live album 'Live: A Night Of Stories And Songs'. His latest album, 2006's 'Beautiful & Broken', was produced by Mark Bright (Rascal Flatts, Corrie Underwood) and Shaun Shankel (Hilary Duff, Natalie Grant). Although the album featured some upbeat songs it's Mark's story songs which drew most attention. "Everything To Me" is a tune Mark co-wrote with friend and recording artist Cindy Morgan. It addresses the subject of adoption. He explained to CCM magazine, "I was adopted when I was two weeks old. The truth in that songs is that I'm grateful to even be alive because my birth mom cared enough to say, 'I love you, but you're going to have a better life with another family.' To think that I will meet her in Heaven one day and tell her 'thank you' will be an awesome experience.'" 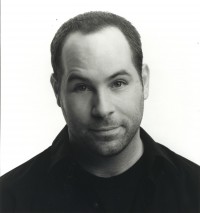 Co-writing the song with Schultz proved to be quite moving for Morgan. She told CCM, "This song was so emotional and personal, which is very different because we're normally writing really upbeat and fun songs. And Mark is so talented - I truly believe he follows in the footsteps of musicians like Elton John and Billy Joel. He is a tremendous storyteller, and I thought it was wonderful how he was so vulnerable with this song. We wrote it in about three sessions. We worked until we got it right and, through the process, we had so many tears. It was so special and personal, with him becoming a new husband and me being a parent myself."

Already, Schultz has evidenced the life-changing power of "Everything To Me". After performing the song at a fundraiser for Bethany Christian Services (an adoption and family services agency), someone approached him and said a young woman who attended the event was pregnant and had considered having an abortion. Once she heard the song's moving message, however, she decided to give her baby up for adoption.

Another moving track on 'Broken And Beautiful' is "She Was Watching", a ballad about a young girl who watches her parents living out their Christian faith and desires to be like them. Another crowd-pleaser on the album is "He's Walking Her Home". Schultz told Christian Retailer magazine, "I started performing it as a half-finished song. It was really neat to play it for people because it's been a work in progress. I think people are ready to hear it. Even on my last (live) record, it was on there half-finished."

The 35 year old singer recently married Kate whom he met when working at the First Presbyterian Church. And he recently completed a demanding project demonstrating his commitment to seeing the Gospel in action. He undertook an Across America bike tour, an epic two-month journey which started in Newport Beach, California and ending in Portsmouth, New Hampshire, raising $250,000 for disadvantaged orphans and widows. He spoke about the experience to Christian Post. "Your body has to get used to riding everyday, you know, 80-100 miles a day, and it was just something I wasn't used to with my body. At some point in time, it finally clicks in your head that, 'All right, we're really doing this,' and your body goes, 'OK.' But it sure doesn't want to make that switch. You know, another tough time was going across Missouri. Nobody told me that going across Missouri. . .is really like a roller coaster. There's not a flat road in Missouri. So that was a little bit tough. And I think the mountains and things in Arizona and in New Mexico [was difficult too]. It seems like the farther east we got, the better I felt. As a matter of fact, I had a day where I did 170 miles across Kansas, and I think it was 200 miles across the state of New York at one time."

Christian Post finished their interview by asking Mark what was the best aspect of being a professional Christian performer. He replied, "The best aspect for me is the relationships you get to have. You know, I also love that I am able to write songs. To me - this is what I love to do in a nutshell - I love getting inspired and writing a song. Then, there's nothing better than taking that song and playing it to people for the first time. That for me is about the greatest gift, to see people's reactions. . . One guy told me one time that we could really take life and turn it into art. I hope that's why people want to hear my songs. They're not supposed to think, 'Oh, that's a really nice song,' but I hope that something really touches them deep inside and they go, 'Gosh, that really helps me in my quest to become a better person.'"