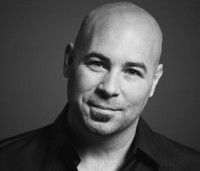 AN AMERICAN tour A Different Kind Of Christmas by singer/songwriter Mark Schultz, with support from Love & The Outcome, begins in December. The tour is named after Schultz's "Different Kind Of Christmas" single and video which went viral in 2014 and has since been viewed more than 24 million times on Facebook. The song was inspired by the life of Schultz's father-in-law and was written shortly after his death.