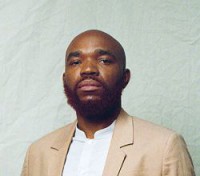 RAPPER S.O., described as "Lamp Mode Recordings' first international artist," will be releasing his new album 'Augustine's Legacy' on 6th September. It is the emcee's first full-length set since the 'So It Begins', 'So It Continues', 'So It Ends' trilogy. The first single/video from 'Augustine's Legacy', "Goals", is released on 19th July.