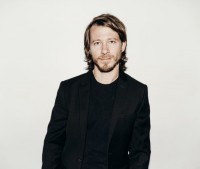 THE FORMER lead singer of Tenth Avenue North, Mike Donehey, has begun his solo career with the release of his debut EP 'Work Of Art'. The EP is described as "a thank you to his fans and those that supported his Kickstarter campaign for his full-length album that will release later this year on Fair Trade Music Services. Mike Donehey said, "The 'Work Of Art' EP is all about the different things it takes to make and keep beautiful relationships." Nashville's Tenth Avenue North had Cross Rhythms radio hits included "Strong Enough To Save" and "Healing Begins".