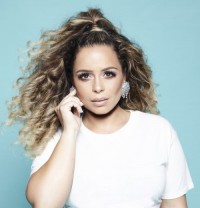 THE FORMER member of the Group 1 Crew hitmakers, Blanca, continues with her string of hits from her second solo album 'Shattered'. "Remind me" has just made number one on Billboard's CHR/Hot AC radio chart. Said Blanca, "'Remind Me' was written at a moment in my life where I desperately needed to remember God's faithfulness. It became an anthem I clung to when everything around me seemed to be at a breaking point. Now over two years from that dark place I was in, I'm able to see how he got me through it once again. Not only did God get me through, but he made such beauty from the ashes. This song going number one is a testament of that! Sometimes we need a little nudge, a reminder of all he's done for us. . . If he did it then, he can do it again!"