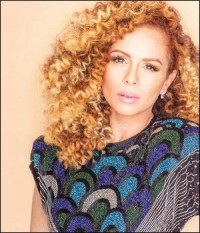 AFTER THE viral success of her "Real Love" single, R&B gospel singer Blanca has released an EP of the same name through Word Entertainment. Read a press release, "Fresh songs, all written or co-written by Blanca, continue her commitment to vulnerable, transparent songwriting showcased on her critically-acclaimed self-titled solo debut."