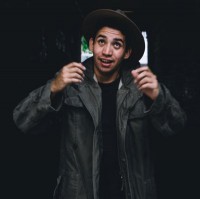 A SINGLE described as "contemporary pop with an EDM sound," "Clarity (ftg Han)" has been released by Australia's Mark Dunlop, under the name Mark. It is a followup to his single "Peace Has Come", released on Boxing Day 2017. Mark currently serves as the Creative Director at Suncoast Church on the Sunshine Coast, Queensland, Australia.