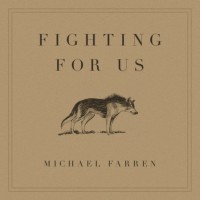 INTEGRITY MUSIC have released the single "Fighting For Us" by Grammy nominated songwriter and Franklin, Tennessee-based worship leader Michael Farren. The song is the title track of the forthcoming album and the first ever solo project by Farren, the former frontman and founding member of the band Pocket Full Of Rocks.