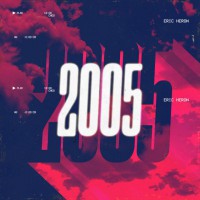 SAN ANTONIO-based rapper Eric Heron has released the fourth single/video from his album series 'A Somewhat. . .'. Speaking about the track "2005" Heron said, "I've always felt the defining part of my childhood and musical development was during my middle school years which for me was the mid-2000s. I grew up jamming out to everyone. I feel like hip-hop and alternative punk rock were the defining musical genres I grew up on and this song tells a story of a failing relationship dipped in the nostalgic vibes of 2005." The track was produced by Ryan Vetter and 100graham.