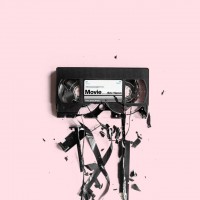 SAN ANTONIO-based rapper Eric Heron has released a single, "Movie", on which he is joined by singer Jenna Wright and producer Ryan Vetter. Said Heron, "The concept for this track originally developed after exploring past relationships that may have failed, but are in a situation where you still have love and respect for the person you lost. And now that you have both moved on. . .it's a weird thing to watch their life from a distance, like a movie."