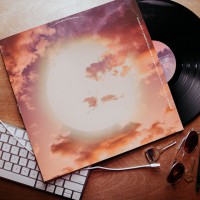 TEXAS-based playlisted rapper Eric Heron has released 'Golden Hour: A Somewhat Regal Finale'. Said Heron, "'Golden Hour' is the finale to the 'A Somewhat. . .' album series I began nearly two years ago with my debut album, 'Afterglow: A Somewhat Complicated Story'. It feels like a lifetime since I released that album and words can't describe how grateful I feel to see all the fans of the music that have joined me for the ride since then. This is my best compilation of work to date, and more importantly the best indication of my direction and sound. I feel like I finally broke into finding who I am as an artist and what I want to create with this one."