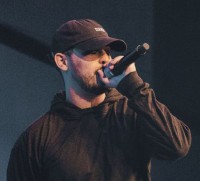 SAN ANTONIO-based rapper Eric Heron has released "Vegeta", a single and video off his upcoming album. The video was filmed and directed by Die Daily's Dillon Chase and the track is produced by Ryan Vetter.