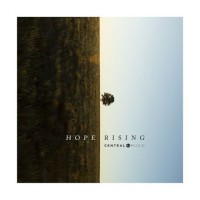 MULTI-GRAMMY-winning producer Glenn Tabor III has recorded in his studio Gal3 Studios the album 'Hope Rising' by Central Music based at various churches in the Phoenix, Arizona area. Worship pastor Nathan Del Turo spoke about the album, "The writing process for this album was a great! These songs were collectively written by 14 of our worship leaders here at Central. I'm extremely proud of this team! Their commitment to Jesus and their passion to write are inspiring to me. These songs were written out of the valley and mountain top moments in our church over this past year. I hope that when people listen to these songs, the lyrics give life to what they're feeling, hoping for, and open up new spaces and places of worship to Jesus." The project is released by Dream Worship.