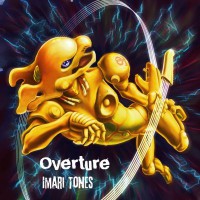 JAPAN'S Christian metal band Imari Tones have released the album 'Overture', the first Japanese language release since the band's formation in 2008. The band have previously sung mostly in English for international audiences. Stylistically the album differs from previous ones in that as well as heavy metal the project includes "J-Rock, alternative, acoustic, hip-hop and poetry reading." 'Overture' is Imari Tones' last project with its current line-up. Said lead singer and guitarist Tak "Tone" Nakamine, "We have been thinking about how we can convey our message, God's love, to Japanese people. These songs and lyrics are our answer. This album doesn't sound like a typical Christian album. Yet these songs are asking questions: What does it really mean to believe? Lyric-wise this is our best work so far. Simply because we wrote in our native language, the words are much more complex and deeper. Sometimes even harsh and ironic. But they all pose questions to people."