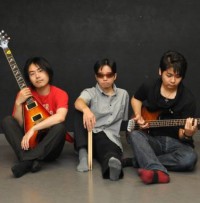 THE JAPANESE metal band Imari Tones have released a new album, 'Jesus Wind'. Read a band statement, "'Jesus Wind' is a concept album we have always wanted to make. It is an album about Japanese history from a Christian point of view, with all the stories and mysteries about Japanese Christian history. We consider this album as the most important album in our career."