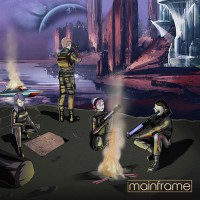 FOUR-PIECE American punk rock band Burn The Boats have released 'Mainframe'. Read the review in Jesus Freak Hideout, "Musically, Burn The Boats is similar to '90s-style punk in the vein of early MxPx, but is more melodic and sticks to more major keys. Unfortunately, the album suffers from poor production which varies from vocal tuning issues to some poor timing in the instrumentation to a global mixing muddiness to the entire project."