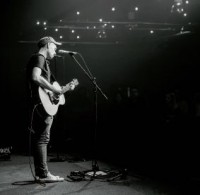 BRITISH worship leader Dave Miller will release his debut album on 25th January. 'Twelve:One' was recorded live at his home church, Trent Vineyard, in Nottingham where Miller serves as worship pastor. Read a press release, "'Twelve:One' grew in the soil of reflections around Romans 12:1."