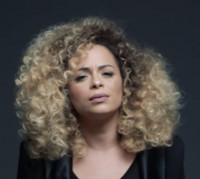 THE FORMER Group 1 Crew singer Blanca has released the single "Real Love". The song was written in the wake of the death of Blanca's mother who lost her fight to cancer in December 2016. Said the singer, "This past year I walked through one of the hardest seasons of my life. I realized in that moment that 'safe' religion - checking the boxes, making sure I appeared like I was put together - wasn't going to be enough to get me through this challenging season. I vowed from that day on to go to the deepest parts I possibly could with Jesus. I vowed to stop putting limitations on God's real love for me regardless of my past mistakes, and I committed to leave 'religion' and all of my works and achievements at home in an effort to seek and find real love." Blanca co-wrote the soulful ballad with Emily Weisband (Hillary Scott, Natalie Grant) and Jordan Sapp (Love & The Outcome, Building 429), who also produced the track.