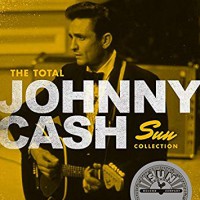 CURB Records have released the late Johnny Cash Sun Collection, a remastered version of his early songs. The Red Lick catalogue wrote that the collection is "an impressive new set of re-mastered versions of every classic song released by Cash between 1955 and 1964 for Sam Phillips' legendary label plus booklet with notes by James Austin."