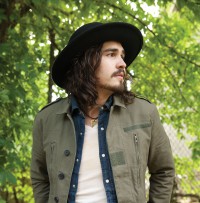 DOVE AWARD-winning artist Jordan Feliz will release his highly anticipated second album, 'Future', on Centricity Records on 23rd March. The project will include his current US Christian radio hit "Witness" and 12 other tracks. Read a press release, "'Future' gives listeners all the spirit they loved in Feliz's breakout debut of 2016, 'The River', plus an added maturity in both its sound and story."

I love seeing Jordan Feliz in concerts in WA.