You Are Still God 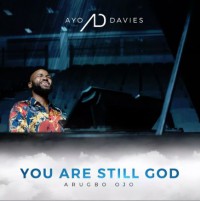 POPULAR Afro-gospel producer Evans Ogboi has produced the latest single, "You Are Still God", by London-based Ayo Davies. A video for the song was directed by Iyke Eche of HSIdeas. "You Are Still God" is taken from Davies' forthcoming debut EP and is described as "a glorious and powerful worship song for the ages."