Paul Calvert spoke with Israelis and Palestinians about their historic and current suffering, and what they hope will happen because of Prince William's visit. 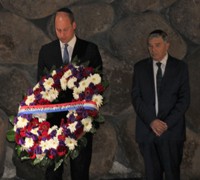 At the request of her Majesty's Government Prince William is visiting Jordan and Israel. It is very significant because in 70 years of the State of Israel, no member of the British royal family has ever officially visited.

The first responsibility of the day in Israel was to visit Yad Vashem (the Holocaust Museum). This is a place every dignitary visits. It's important for heads of the world to understand the Holocaust, and be reminded that there is still anti-Semitism in the world today, which we have even seen lately with the problems in the British Labour Party.

His Royal Highness received a short tour of the museum and met with survivors of the Holocaust and the Kindertransport, who shared their stories with him.

The Prince laid a wreath in memory of those who died and left a personal message in the visitor's book. With the Duke during the ceremony was the British Chief Rabbi. 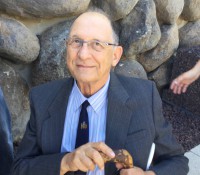 Before the ceremony I spoke with Henry Foner who was a survivor of the Holocaust and Kindertransport. I asked him how he felt about meeting Prince William.

Henry: I feel very excited. First of all of course I was a soldier in the British army and saw active service, and so did William in a way. I am very grateful to Britain. They saved my life, it's as simple as that. It's a sort of fairy story: a little refugee kid is sent to a country, and he knows nobody and is lucky he is sent to nice people who look after him. I'm in contact with their family today. Then one day he gets a chance to meet the Prince and say thank you. Don't you think it's like a fairy story?

Another place on the Prince's agenda is the Church of Mary Magdalene in Jerusalem where he will pay his respects at the tomb of his great-grandmother, Princess Alice. Both the Duke of Edinburgh and the Prince of Wales have made previous visits there.

I spoke with Dr Nachman Shai, a member of the Knesset, to hear his thoughts on Prince William's visit, just a few days after the announcement was made.

Dr Shai: It's a miracle. It shows that we live in an era of miracles, because up until now no members of the British royal family have ever been to Israel, except to State funerals, and they were short visits. It shows something, maybe too late. I was born under British government. I was under Palestine government. That we should see the Brits again, not ruling the country, but visiting the country, I think it is an important step.

It's important that the Prince doesn't just stay on the Israeli side though, but also goes over to the Palestinian Authority. So he is scheduled to meet with President Mahmoud Abbas and will get the chance to learn about the issues facing refugee communities, and a chance to celebrate Palestinian culture, music and food. He will also get the chance to meet a number of young Palestinians. I spoke with Fadi who is originally from Gaza, and is a Palestinian, and asked him whether it was important that Prince William was going to visit Mahmoud Abbas. 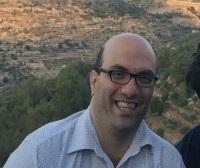 Fadi: Yeah of course, we are welcoming anyone from the whole world to come to visit Palestine, and everywhere it's a freedom to come. It's meaning encouragement for the Palestinian people and supporting what Palestinians are facing in a difficult time. It's encouraging for President Mahmoud Abbas, and for Palestinians that Prince William is coming to visit. It means England, wow, it's a big country and Prince William to come, it means a lot for us. We like that and we encourage people from outside to come to visit Palestine, and Mahmoud Abbas our President, and we pray that God gives them both wisdom in how to really support the Palestinian people.

Paul: He will hear about issues facing refugee communities, is this important?

Fadi: Yes, refugees all around Syria and Iraq, but there are our issues. Palestinian is very important because until 48, until now from 67, and still now, we are facing to not have our rights to return to our homes, or our countries. It's a bad situation in refugee camps around our area, in the West Bank and Gaza. Through buildings, water, and many issues facing the refugees, they feel that they lost everything. It's a bad feeling from inside, the emotion, like what is my ID? Where am I? Who am I? They are facing an identity issue. I hope the next days to be a blessing for both sides to be peace, really peace in the heart.

This visit is long overdue but it is in the fullness of time, and we can all see that the players are in place on the board of life, we are just patiently waiting for HIM