Banking On The Church

John Cheek argues that when it comes to the crunch, it's Christians who step up to the plate. 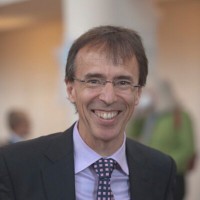 The Church has historically been criticised over the centuries for its wrongdoings and its misrepresentation of the gospel of Christ. Sometimes, it's criticism which is fully deserved. But at other times, the Church has stood up to evil and injustice.

It was the Church in America that brought an end to the racist segregation culture in the States, which had meant that half the population were treated as second-class citizens.

Similarly in South Africa, it was the Church which was in the vanguard of opposing the vicious apartheid regime that discriminated against all but a white minority, who held the power.

These are just two examples. I'd argue that another is taking place in the United Kingdom today, although it may not seem anything like as dramatic.

During a decade-long recession and the harsh effects of austerity policies being felt by many, an initiative by a Baptist church in Salisbury to help the poor abroad, has mushroomed into something which serves over four million needy people on a practical level.

Since the 1990s, Chris Mould has gone on to found and chair the Trussell Trust, the overseeing organisation behind most of Britain's foodbanks.

Whilst not a Christian body officially, it's no secret that the majority of their volunteers around the UK are Christians and that many foodbanks are held on church premises. In these difficult times of real hardship, it's Christians who are stepping up to the plate and helping many who otherwise would have nothing to eat.

I caught up with Chris Mould at the Labour Party Conference in Liverpool last year and asked him to recall the beginnings.

"The Trussell Trust was providing a whole range of humanitarian support to people in trouble in Eastern Europe; in Bulgaria, Romania. We were first challenged about doing something about poverty in our own city, by a resident who phoned and complained that we were 'Again on the front page of the local newspaper for helping foreign kids, but that her children had gone to bed hungry,' she said.

"We were very shocked and found out more, helping her immediately and then started to ask the social services and other authorities some questions about how prevalent this was.

"Was this a one-off and a strange situation, rather than something which happened for many? Wherever we went, people in the know - health visitors, social workers particularly, said, 'No, this is quite often the case.' People get into short-term difficulty and crisis. They have no money and they're unable to get food on the table.

"Obviously, as Christians we are challenged by Jesus: it's recorded in Matthew's Gospel as Him saying, 'Whenever you see anybody who's hungry, anybody going thirsty, anybody who needs clothes - feed them, give them a drink, give them something to wear, visit them in prison.' Take action, is the message there. 'Whenever you do it for the least of these, you do it to me'. That was the motivation behind us pulling together a project called, The Salisbury Foodbank, back in 2000."

How does the Trussell Trust help people in need?

"We were very careful in designing our 'foodbank project', to intervene in a way which was helpful to people. So they provide at least three days' nutritionally-balanced food; we're careful to offer to people what is sufficient and that there's enough range.