Belfast: Toward A City Without Walls

Heather Bellamy spoke with author Vicky Cosstick, about the history and effect of Belfast's 100 sectarian walls and interfaces. 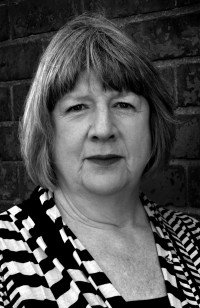 During the years of conflict in Northern Ireland, there were 3,600 deaths and 40,000 injured. As a response to the troubles, walls were erected to keep the warring communities apart.

In Belfast: Toward A City Without Walls, Vicky Cosstick tells the story of Belfast's 100 sectarian walls and interfaces. These are now the last in Europe and remain over 15 years after the Good Friday Agreement of 1998.

Heather Bellamy spent time with her, to discover the effect the walls had on the people of Belfast and what their effect continues to be today.

Heather: Why were these walls built?

Vicky: They started going up in 1969, as soon as the trouble started in Northern Ireland. They were designed to keep Protestants and Catholics apart. They were to be one of the means of stopping the fighting in Northern Ireland during the troubles. They went on being built after the 1998 Peace Agreement for the same reason. They have now became the manifestation of the conflict after the Peace Agreement and after the decommissioning of weapons.

Heather: Were they effective?

Vicky: They were effective in keeping communities apart. There is a debate about whether or not they have been effective at reducing levels of violence. I argue in the book that to some degree the walls actually attract violence. There are some statistics to show that most of the low level violence that happens today, is likely to happen around the walls and interfaces. 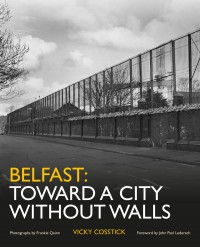 Heather: What did young people experience growing up there, with the violence and hostility?

Vicky: There has been huge levels of trauma in Northern Ireland. There is an estimate that almost a third of the population in Northern Ireland has been affected by the trauma of the troubles. Young people have inherited the effects of that conflict and that trauma.

There are also large areas of working class Belfast with very high levels of unemployment and alienation of young people. This is particularly amongst young Protestants and young Protestant men. The educational attainment levels are the lowest in the UK.

Heather: Since the Good Friday Agreement, is there still division and suspicion between different groups of people? Are the walls causing that to continue?

Vicky: They have exacerbated the levels of suspicion amongst communities. Before 1969 when there were no walls, although Protestants and Catholics to some extent lived divided lives, many of the areas were mixed and many people grew up in mixed communities. The walls have increasingly separated people. It's even more likely now, that a young Protestant or Catholic working class child in Belfast, will grow up without having met somebody from the other side until they go to third level education. Third level education is mixed. Secondary education is to a large degree segregated.

Heather: So what has changed in Northern Ireland since the Good Friday agreement?

Vicky: Everybody would say that it's a massively changed place since the troubles. There are hugely reduced levels of violence. The country, or the region, is generally at peace.