Providing Help And Comfort In The Midst Of Depression

In his book 'When Darkness Seems My Closest Friend' Mark Meynell shares his reflections and personal insights in to living with depression. As well as being an author, Mark is director for Langham preaching and Langham partnership in Europe and the Caribbean. 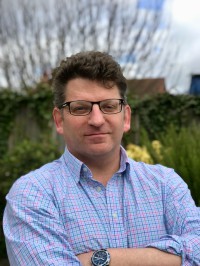 Heather: Back in 2005 you were first diagnosed with post-traumatic stress disorder, what was happening to you at that time that brought about that diagnosis?

Mark: We had just moved back to the UK having taught in a small Bible college in Kampala, Uganda. We were there for four years and we just went through a number of things. We had great times in Uganda and love it still, but there were one or two things that happened that really took their toll. Probably the main thing was one of my students, who was actually a refugee from Congo, had been abducted and tortured. To cut a long story short we ended up trying to keep him and his family safe for a year and half, nearly two years, until they could get asylum in Canada. When we came back to the UK, this pent up tension and stress just suddenly released once we were out of the situation. So there were all kinds of consequences as a result.

Heather: Had you previously suffered with depression or any other mental illness before this?

Mark: Not that I was aware of. I think people would have probably said that I was more melancholy than some, but there was nothing diagnosed and I don't think I would have put myself in those brackets at all.

Heather: What has the journey been like since then, in relation to symptoms, because I believe it's not just PTSD it's also depression isn't it?

Mark: So it sort of evolved into that, it's up and down and I have continued to do ministry. I'm a Church of England minister and I was working for a big church in London for nine years and doing ministry. I think a lot of it was just a matter of trying to keep an equilibrium, balance things between family, ministry and general life, and using and relying on various support therapies, medication and friends. It's just an ongoing process.

Heather: You have suffered with shame in relation to depression, you mention that in the book. Could you share with us the relationship between shame and depression?

Mark: It's a phenomenon I think in western cultures where we don't talk about feelings. There's a caricature that would categorise different cultures as being shame or guilt cultures and I just don't think it's as simple as that. I think there is much more shame in our culture than people recognise. I think it's been a process of understanding, both the stigma associated with mental ill health and that you suddenly have to deal with the fact that you have a diagnosis and a label. That presents all kinds of connotations in people's minds once they discover that label and that brings a sense of shame.

I think also it's about how you feel in yourself. So someone helpfully made a distinction between guilt and shame. The two are obviously related, but guilt is about an individual action or word where I have done something wrong, and forgiveness is about dealing with that particular thing. Whereas shame is not about an individual thing, it's about who I am, I'm the kind of person that does that wrong. You can maybe receive forgiveness and that deals with the guilt, but none of that is going to deal with the shame of being that kind of person in your own mind. Depression just ratchets up that sense, so it's quite a dangerous mix.

Heather: Is that partly why people wear masks? Because that's something else you talk about in your book, the wearing of masks to hide mental illness.

Mark: Figuratively yes definitely, we all want to present a good front. It's the classic response when people say "how are you?" to say "fine". I think also we always implicitly put pressure on everybody else around us, because we don't always want people to have their own failings or weaknesses, because that means I have to confront and face mine. There's a whole combination of reasons why we do this, but we present a good front and I guess some aspects of social media just complicate that, like Facebook, or Instagram. We are presenting a kind of idealised picture of ourselves, of how we want to be presented, and that just makes it even more difficult to be real and authentic.

Heather: It's okay to be weak, I believe that is something else you talk about in your book, weakness and not rejecting those parts of yourself.

Mark: Yeah I think we have to be realistic, I think there's just a fact of our limitations being human. So we are limited in pretty much every aspect of what it means to be human. There is a sense, in which by our very nature, that we are weak and the Gospel is all about how God in Christ does for us what we could never do for ourselves. That immediately implies a sense of weakness and helplessness if you like. I cannot save myself, only Christ can ultimately, that is what the Gospel is saying. It does not mean we lack responsibility for our actions at all, far from it, and we are not meant to just play the victim card and see everything as things forced upon me. We are responsible beings, but we are limited and flawed, so we cry out to God in our weakness and it's in our weakness that His strength is seen.

Heather: As we journey these things through, you say we need friends and not fixers. What's the difference?