Heather Bellamy spoke with Dan Boucher from CARE, about the difference this reduction will make to problem gamblers, and what more needs to be done to address other types of gambling. 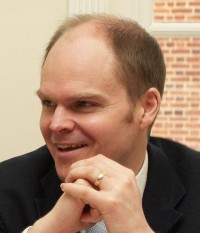 Back in April reports surfaced that bookmakers were looking to do a backroom deal with Chancellor Philip Hammond to avoid the stake on fixed odds betting terminals being cut to Â£2. But now in what is being called a victory for campaigners and charities, the Government have agreed to a dramatic cut of stakes. Heather Bellamy spoke with Dan Boucher, the director of parliamentary affairs, for CARE.

Heather: CARE have been one of those charities campaigning for this reduction for a number of years. What have been your concerns over these fixed odds betting terminals?

Dan: Fixed odds betting terminals are very controversial, because they combine two factors together: a very high speed of play and high stakes. The combination means it's possible to lose very large sums of money very quickly. In theory you could lose up to Â£18,000 in the space of an hour. The combination of high stakes and high speed also makes them particularly seductive and alluring; problem gamblers talk about them having an almost hypnotic effect. They have resulted in a number of people losing very large amounts of money and lives being wrecked. They've actually come to be known as the crack cocaine of the gambling industry.

At the moment it's possible to bet a maximum of Â£100 every twenty seconds (you have a spin every twenty seconds), which means you could lose Â£300 in a minute, which is obviously a lot of money. A number of organisations, including ourselves, have been campaigning for the maximum stake per spin, to be reduced to Â£2, which would be a loss of just Â£6 in the context of one minute.

It's been a long battle; there are many vested interests against making this change, but we're delighted that the Government announced last week that it is their intention to bring forward legislation to give effect to reducing the maximum stake per spin to Â£2. We very much welcome this news.

Heather: How many people have been affected by these terminals?

Dan: There are about 430,000 problem gamblers in the United Kingdom. I couldn't put a figure on the numbers that are actually directly impacted by fixed odds betting terminals. But you only have to put fixed odds betting terminals and job losses, or family breakdown, or suicide into Google and sadly you'll generate a lot of stories of people who have come to grief as a result of these machines. So they are having a significant negative impact on our society.

The Government have appreciated that many people in society now feel that they aren't socially acceptable anymore and that we need to move on, hence the reason for bringing forward this legislation. But there were those who were saying we ought to have a compromise and maybe go for Â£20 per spin, rather than Â£100 per spin. In terms of our conversations with problem gamblers one person said to me that he thought a reduction to Â£20 per spin could even make things worse, because there is still a very significant allure, but it would just take longer to spend the money that you have, so you'd spend more time away from your family. But he also said that if it was reduced to Â£2, that's a sufficiently significant reduction in stake to remove the allure and that hypnotic effect that FOBTs have had. So we're very glad that the Government didn't go for that compromise option. They've done the right thing, we believe, in going for the Â£2 option.

Dan: The attraction that you could actually win these larger amounts of money makes it more exciting. If you have a gambling problem it gives you more of a fix if you are engaging with those kinds of odds, than if you're dealing with lower odds. That's why it's been important to take these steps.

Heather: I believe there's also been concern over where you can primarily find these fixed odds betting terminals. Tell me about that.

Dan: Yes, they are clustered overwhelmingly in more deprived areas. Obviously that has led to concerns that essentially they are preying on people on lower incomes. So that's another reason why we are very pleased with the decision. But the same is true in Northern Ireland; they are overwhelmingly concentrated in the more deprived areas and need to be addressed in that context as well as in the Great Britain context.

Heather: So why, when only in April there was talk of a back room deal, has the Government now conceded to reduce the stake to Â£2?

Dan: I think they have conceded the point that there is very significant public pressure. There is significant pressure within Parliament as well.

It's also important at this point to flag up FOBTs are not the only challenge in terms of problem gambling. We have some concerns about the direction of travel in relationship to online gambling, which is also very addictive. We are campaigning very much in that area as well. It's important not to think that fixed odds betting terminals are the end of the issue. There are significant challenges going forward that need to be addressed, such as online gambling, the level of gambling advertising, the production of gambling games that are targeted at children, which don't involve money, but with the objective of getting them into gambling, so that when they get older they start spending money on online gambling games. These are all big issues of concern. It's important that we see today in the context of the need to address those broader concerns.

Heather: When will the change come into effect? When will it be reduced to Â£2?

Dan: It requires secondary legislation to be introduced. So the Government will have to bring forward legislation in the form of regulations, which will be laid before Parliament. In the normal course of events, because it's secondary legislation not primary legislation, there would probably be a single short debate in the Commons and a single short debate in the Lords. There isn't scope to amend the proposal, it's just a Yes/No decision from each House. We don't know exactly when the regulations will be laid before Parliament. We know now it is the Government's intention to bring forward those regulations and obviously we hope that they do that as quickly as possible.