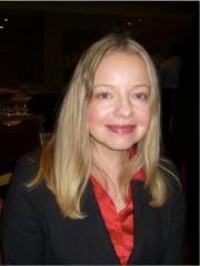 Christian Friends of Yad Vashem is a programme to reach out to the Christian world and Paul Calvert spoke with Dr Susanna Kokanon, the director, about anti-Semitism today, the experiences of the Holocaust survivors and lessons that need to be learnt.

Paul: What is Christian Friends of Yad Vashem?

Susanna: Yad Vashem is the Holocaust memorial and education centre in Jerusalem and in 2006 Yad Vashem decided there was a need to co-operate with the Christian world. From the 1990's when films like Schindler's List came out, a lot of Christians have come to visit here. Many Christians when they came to Yad Vashem didn't only want to see the museum, they wanted to have a deeper experience; they wanted somebody to meet them and talk to them. So Yad Vashem wanted to respond to that need and the Christian Friends of Yad Vashem is basically a programme based here in the campus of Yad Vashem where we have an office and we deal with everything related to the Christian world. We host groups that come to visit; we host seminars for pastors and we can connect them with the right people if they are looking for information or anything like that. It's basically an outreach by Yad Vashem to the Christian world, but the people who are the Christian friends, these are people from all over the world; they are Christians who feel it is very important to remember the Holocaust and they want to be partners with us and it is that partnership that makes all the work we do possible.

Paul: Is it important for Christians to remember the Holocaust?

In the Christian world, for a long time there has been this kind of feeling that the Holocaust is part of Jewish history and the Jews have been left on their own to remember it, but then when you think that the Christian population of Europe was complicit in the Holocaust and when you look at it in a wider angle that it's not only Europe, because the countries that could have taken in some of the Jewish refugees chose for the most part not to do so, so it then becomes an issue that has much wider implications. The people who were doing the persecution were the perpetrators of the most horrible human rights violations and crimes and murder and for the most part they came from a Christian culture. Europe at that time would have been defined very much as a Christian continent and they were baptised Christians. Some of them had studied theology or were children of families where the father was a pastor and so that question kind of becomes needless and obsolete in light of this understanding that the Holocaust is Christian history. It's very difficult because if you look at it as Jewish history you can somehow think ok after the Holocaust the State of Israel came into being and you could look at it in that manner, but if you then say, after the Holocaust that Christians had perpetrated, what happened to them, then you would say, actually for Christians there wasn't anything. If we believe there are Christian values and we want to act according to those values, if they failed at the time of the Holocaust, what would happen now is a very frightening thought.

Paul: Do you think people who've been through the Holocaust find it very difficult to trust Christians today?

Paul: Do you think there have been many lessons learned from the Holocaust?

Susanna: First we would really have to look at the lessons, what it is we want to learn from the Holocaust. We could look at the behaviour of people at that time. Why do some people become perpetrators? Why do some people, and that would be the vast majority, why do they stay silent? No matter what they see they stay silent. Why is there a tiny minority of people who decide to take action, who want to save someone? Or we could look at all those things that happened before the Holocaust like how does history work and how does it repeat itself? What are the things that prepare the ground for something like the Holocaust to happen? Or we could look at the preceding years of the Holocaust. How do you take a group of people and make them into something outside humanity? You demonize them and you speak about them as liars and as rats. What is the propaganda? What is the thing that you need to do to prepare the ground for people to accept there is a mass murder?

The Holocaust is very unique for different reasons. It is the largest mass murder ever committed. It had a very industrial character; the whole government served this one goal of murdering the Jews. If you look at genocides around the world, if you look for example at Rwanda in 1994, then you do realise that some of the steps are very similar, so you could learn from the Holocaust and transfer it to another genocide and you would still have the particularities and the different things. If I mention Rwanda in 1994 I could mention Cambodia, I could mention Bosnia and others and that means that in some level we have not learned the lessons of the Holocaust because otherwise we would not have all those places where those things happened.

Paul: What does the name Yad Vashem mean?

Susanna: The name Yad Vashem comes from the Bible in the book of Isaiah 56:5, 'To them I will give within my house and my walls a memorial and a name'. Yad literally means memorial and shem means name. One of the very important tasks of Yad Vashem is to collect the names of the victims and the survivors. We have more than four million names of victims collected so far.