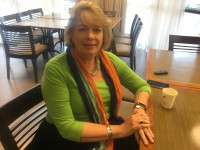 Paul: It's a very special time isn't it?

Barbara: It's a wonderful time.

Paul: As a lady who goes into Parliament with Conservative Friends of Israel, would you say there is a good response in Westminster?

Barbara: I think there is. The Conservative Friends of Israel reception is held in a marquee at the back of Parliament overlooking the river. The room was absolutely packed and it was wonderful to see so many members of Parliament there including Jeremy Hunt, the foreign secretary.

Barbara: I think she does. For many years she has attended various Conservative Friends of Israel receptions and lunches; I think she gets it. Sadly, although 90% of what she says concerning Israel is good, there is always the usual things about how Friends of Israel have the right to criticize Israel and she makes statements about illegal settlements etc.

Paul: But does she understand the nature of Israel, God's timing and God's plan for Israel, because she is someone who goes to church every Sunday isn't she?

Barbara: She goes to Church but I don't know her theological views on Israel. She would certainly say the UK and Israel has a very special relationship. Bilateral trade is the best it has ever been, it gets higher and higher every year and very importantly Israel helps the UK to keep its citizens safe with lots of intelligence behind the scenes, information and security. We are certainly blessed to have Israel as a friend.

Paul: Of course Great Britain has a really great heritage when it comes to Israel, the founding of Israel and going back to the Balfour declaration.

Barbara: Yes indeed. In 2017, two years ago now, there were a lot of events in the UK to celebrate the Balfour Centenary. God gave the UK a very special role, with the mandate in shepherding in the state of Israel. There was a very sad element to it as the early immigrants were turned away in the 1930's, but it was the UK that was given the mandate. 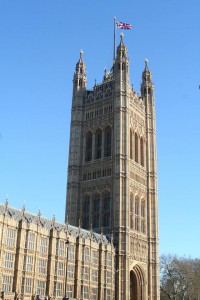 Paul: Is this because many of the politicians at the time were Bible believing Christians so they understood that God was going to bring the Jews back to the land.

Barbara: It was, I mean surely this is a great God incidence. In 1917 virtually all the cabinet were Bible believing Christians who knew the prophecies about the Jewish people going back to Israel. Very interestingly there was one Jewish person, called Edwin Montagu, in the cabinet at the time and he was the only person who was against the mandate and against the Balfour declaration. I think the reason was because he was Jewish and he was concerned that there would be a backlash against the Jewish people in the UK at the time.

Paul: Do you think the UK will ever move the embassy to Jerusalem? We have seen just recently America has moved the embassy, do you think that Great Britain would take that bold step and do exactly the same thing?

Barbara: Well, I have to say it would seem very unlikely because the statements that come out of our foreign office are all against moving the embassy. But we know with God all things are possible and there are certainly a lot of Christians in the UK who are praying for this. Of course recently Alistair Burt, the Minister for the Middle East resigned over Brexit. My own MP, Mark Field, is a minister in the foreign office for Asia Pacific and he has recently become the interim minister for the Middle East as well, so I am on his case.