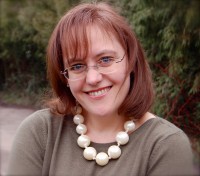 Fifty Shades of Grey has glamorised and legitimised both sexual and domestic violence and some voices are saying that with the mainstream release and promotion of the film, the media, opinion informers and celebrities are legitimising this violence too. To discuss this and the news that four in ten school girls currently suffer sexual coercion Heather Bellamy spoke with Vivienne Pattison from Mediawatch-UK.

Vivienne: Well at the moment none of us have seen the film and I think that's very interesting. There were no preview screenings of this film, so really when we're talking about it, we are talking about the contents of the book and about how they'll make their way on to the screen. It is very interesting isn't it that to prepare for the film, rather than talking about the character preparation, he went to a sex dungeon. I think that probably says a lot about the impressions the book has left on people and that it is long on sex and short on plot.

Heather: So, like you say, you've not seen the film; I was wondering, have you read the book, in terms of seeing for yourself the truth of whether this film and the book does legitimise sexual violence and exploitation?

Vivienne: Yes I absolutely have read the book and I think to describe it as a plot loosely woven around sexual scenes is probably a fairly good description of it. What is very interesting about this film is that - and until it is released all we can see is the trailer - but the trailer is selling it as being a fairy-tale. If you didn't know anything about the book, watching the trailer for a few minutes, you will be forgiven for thinking that it was any other rom-com or chick-flick. It talks about a fairy-tale relationship. Well this book was not about a relationship and the only fairy-tale in this book was that a woman that found herself in this kind of situation is far more likely to be on the run for her life, in a women's refuge or even in a morgue, rather than the fairy-tale in the film and in the book, that somehow she could fix her man who has these relationship issues just by being submissive to what he wanted. It is completely ridiculous, but that is how the film is being sold to us and it is a fairy-tale in that sense - not a romance at all.

Heather: So are you concerned that people will watch this film and take it for reality? I was aware of a news story last month that a guy called Bob Bashara was convicted of killing his wife so he could devote more time to his two mistresses who shared his love of domination and bondage. So that is reality and this film, this book isn't. Do you think many people will take that for reality if they haven't had experience in the reality of it?

Vivienne: I think what it is, is it's legitimising a form of behaviour. Now I wouldn't pretend to be an expert in bondage and sadomasochism as a sexual practice, but from what I understand, the relationship in the film is a very manipulative and humiliating and abusive relationship. We talk quite a lot about the sex scenes being bondage and things like that, but actually the whole story of the relationship, the guy, the hero Christian Grey who is in a relationship with Anastasia Steele, he stalks her, he abuses her, he isolates her and all these things in a relationship we would normally consider to be abusive, but then we put this bondage and sex in there as well, which almost I think is sort of missing the point. We have to separate the two. Bondage and sexual sadism and masochism is something quite different to this really humiliating relationship that is at the heart of it and I think that the worry here is because this film is incredibly glamorous, both the leads are very good looking, the man who is perpetrating this is incredibly rich and good looking, so it gets a sort of sheer, sort of a layer of glamourous-ness over it if you like. It legitimises and glamorizes this kind of behaviour, which it really shouldn't. This is not a love story, it is about abuse and it's about violence and it is about the grooming of the young girl for sadistic sex. It isn't a love story, it isn't a fairy-tale - when push comes to shove, it is about an abusive relationship.

Heather: Building off from that, 89% of scenes of mainstream pornography today apparently depict violence against women and this is seemingly spilling over into mainstream media. Why do men and women accept this?

Vivienne: I think this is very interesting and I think that this is where we are going to be seeing increasingly over the next few years - that people are waking up to what is going on and becoming increasingly worried. The lead in the film, who we've just said went to bondage dungeons to do his research, is more famous in this country, or has been previously, for his role in The Fall. This was a drama on BBC2. It was a very good drama; very high quality, but there were unbelievable scenes of visceral violence against women and what was very difficult, was his character played a murderous rapist. There were scenes intercut of him torturing, abusing and ultimately murdering a woman intercut with the detective who was hunting him having consensual sex. There was this blurring of the line. It is very difficult these days to see a crime film, or turn on a crime drama on TV and not see some poor woman being abused and violated in some way. It seems to be that this is on the increase and I think it is incredibly unhealthy behaviour and I do worry that it legitimises really dangerous behaviours.

Heather: A more extreme example on the other end of the spectrum is that Malaysia have banned the film from showing across their nation in any of their theatres. Is that right censorship or is that going too far?

Vivienne: Well, of course, it is completely up to them and they are a different society from us. I think that I would call on people to think about why it is they are going to see this film, because in going to see this film and buying into this - because ultimately that is what it is, it is a big marketing exercise - you are actually buying into and condoning, however passively, abusive controlling relationships. I don't think any of us, if we sat down and thought about it, would think that's a good thing, but that is what we are doing when we go and see this film. The reality of what a relationship like that might look like is nothing compared to the glamorous veneer that has been given in this film. There has been quite a lot written about how the heroine in this story consents to this, and if you consent to anything then that's absolutely fine and you can't judge her decision. Well yeah, absolutely, the heroine had a free choice and she chose poorly. It was a self-destructive decision and it was a bad decision. In similar ways in our society we talk about how smoking can be damaging and we talk about why it is a really bad idea to get involved with it, even though it might make you feel good and suppress appetite, but it is really bad because it can ultimately kill you. I think the same is true here. She had a free choice, but she chose poorly and let's have a discussion about why these decisions are poor decisions.

Heather: So what response would you like to see come from celebrities, the media, or opinion formers to this film?

Vivienne: There's been an almost unthinking buying into the marketing for this film. So we're seeing all kinds of things. We've seen a Mother and baby screening taking place in the cinema; we have seen This Morning doing a feature on Bondage for Beginners. They are all buying into the hype around this film and that is what it is and I think that it is really worrying. What is happening here, is our sexuality is being taken from us, parcelled up and sold back to us, being monetised, being capitalised if you like. I think we need to stop and say, 'No, this isn't healthy behaviour and we don't want to be part of this', and not be sucked into this huge marketing machine. It's almost impossible to miss in this country at the moment. I think we need to stand back and take another look.

Heather: I want to look at a survey about school girls with you. Apparently 40% of those aged between 13 and 17 in England say they've been coerced into engaging in sexual activity and most of the school girls say they were pressured into having sex, although some also reported being raped. The survey also found that many have suffered physical attacks, intimidation and emotional abuse too. The study was carried out by researchers at the Universities of Bristol and Central Lancashire and led by the NSPCC. So that's some of the reality we were referring to earlier. This is about young girls of 13 to 17. So with the trailer for the film having at 15 certificate, are you concerned about the effect that this film will have on young girls who are already suffering?

Vivienne: Yes I am, because, once again, I think it glamorizes and legitimises incredibly dangerous behaviour. Now we can't just point the finger at this film. I think there are lots of things contributing to this really worrying rise in the blurring of the lines of consent. I just mentioned a drama that was on television recently that I think did that, but I think we can go right back and look at the kind of pornography that is easily available online - if you haven't got filters on - at the click of a mouse. It really isn't scantily clad ladies with come hither glances - that's not the nature of most easily available pornography - it is body punishing, it is misogynistic, it is violence and I think that is where it is coming from.

We are seeing a generation of boys who are being raised on this stuff. Long before they have had their own first sexual experience, they have seen somebody else's, with this kind of material that's packaged up and freely available online if filters aren't in place. I think that we're seeing the results of that and films like this are able to come into this space and instead of us all standing up and shouting 'well this is absolutely ridiculous, this is an abusive relationship', our eyes if you like, have been slightly dimmed and we can't see beyond that; because our society is becoming increasingly pornified, we can't spot it when it comes long like this.